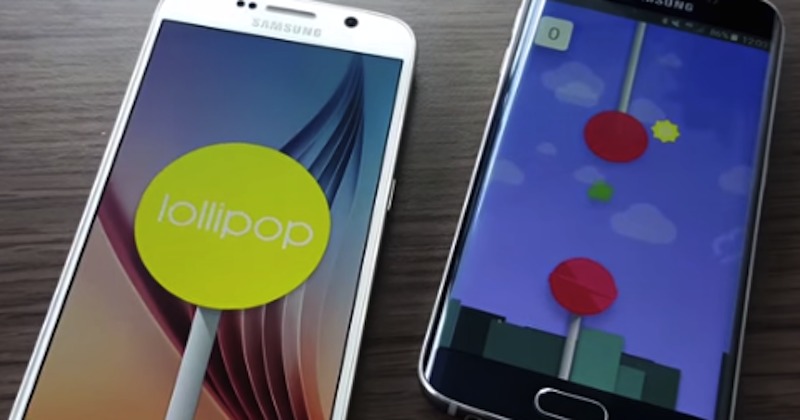 The Samsung Galaxy S6 and Galaxy S6 edge getting the Android 5.1.1 update is highly anticipated. Yesterday, we showed the two premium phones will get the Guest mode, RAW support, and probably the ability to set lower ISO levels even up to 50. We’re not sure about the changes on shutter speed but we could add that to the list of our expectations. Samsung is believed to be releasing the software update this June but some geeks have been lucky with the early builds of Android 5.1.1 on the S6 and S6 edge.

SAMMOBILE was able to play with new version of the mobile OS. Based on the preview, the notifications menu seems uncluttered now. You can disable the Quick connect and S Finder buttons for a cleaner look. There’s a new option to enable a motion effect right on the homescreen wallpaper. The new effect is cool that it makes it look like at image is coming right at your face. That’s something new.

The Android 5.1.1 update for the S6 and S6 edge also brings some changes on the user interface of the Themes menu. You’ll now notice a purple Themes Store button at the bottom part of the installed themes. In the camera app, you’ll see new exposure control feature.

Watch the video below for the early build preview: