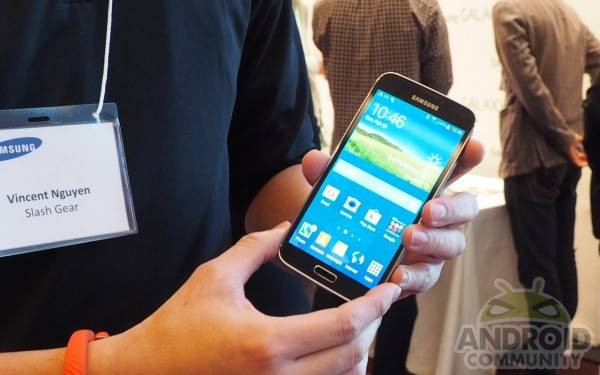 Samsung Galaxy S5 will be coming to the US in April. The newest flagship from Samsung will be available for all major carriers, and via all major retailers. This, after being announced at MWC, brings the handset to us faster than previously thought.

Available via all four major carriers, as well as MetrPCS and US Cellular, the Galaxy S5 release is likely to see a staggered rollout throughout April. Samsung wasn’t forthcoming about the actual dates, but we don’t expect to see them come out on the same day. Alongside the new flagship, Samsung will also be rolling out their new wearables — the Gear 2 and Gear 2 Neo.

Samsung is also saying the device will be available via all major retailers, online or otherwise. It will of course be in their experience shops at Best Buy, but will also be available via Amazon. Costco, Target, Radio Shack, Sam’s Club, and Walmart round out the retailer options for now, but we expect you’ll be able to find the new had set everywhere. This is the latest from Samsung, but please feel free to check back soon for more on the newest Galaxy S device from Samsung.