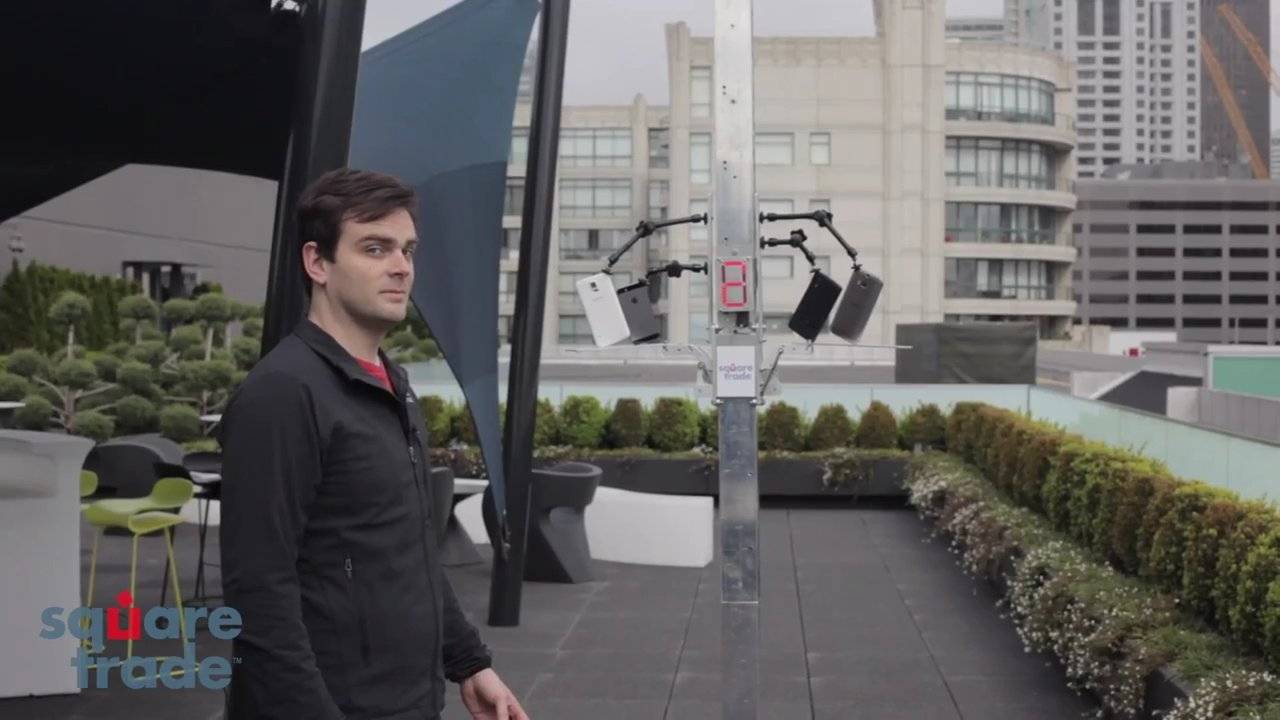 Putting smartphones through a physical stress test is sometimes fun and informative, except when they’re not, giving users a glimpse of just how much punishment their expensive new device can take. Warranty service provider SquareTrade has taken the Samsung Galaxy S5, along with the iPhone 5s, HTC One M8, and Nexus 5 in a stress test face off, and the results are a bit surprising.

The 4-foot corner drop test tests how much damage a smartphone can take when it falls from that height and lands squarely on one of its corners. The Galaxy S5, which boasts only about dust and water proofing, scored relatively well, though with a few minor scratches, similar to how the iPhone 5s performed. The HTC One M8 was the winner in this round, looking good as new. Most surprising, and perhaps shocking, was that the Nexus 5 barely survived the fall, emerging with scratches and, worse, a shattered screen. 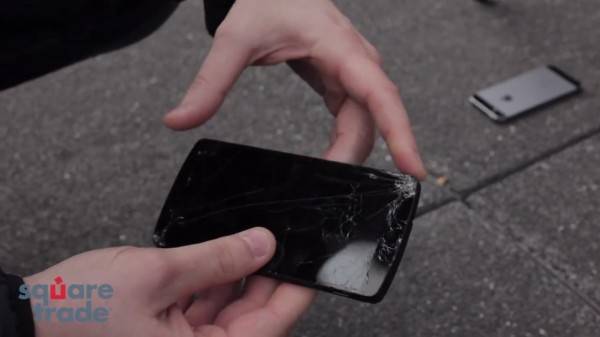 Google’s latest smartphone does make up for it in a slide test, which tries to see how far a device will slide off a flat surface before plummeting to its death. This time, the Nexus 5 beat all others by ending up only 1.7 feet away from the starting point. Amusingly, the much ridiculed dimple-covered back cover didn’t save the Galaxy S5, which ended up 2.6 feet away, passing by the iPhone 5s but still safely below the HTC One M8, which ended up the farthest at 2.9 feet. 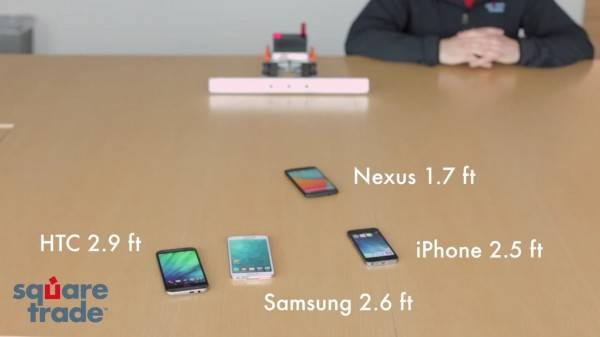 Finally, all four smartphones were dunked in water for 10 seconds while playing a video, just to see how much water they can take before giving up the ghost. Sadly, the Nexus 5 stopped working immediately when it got wet, though it did work again later but lost its audio. The HTC One M8 continued working but has similarly gone silent. The iPhone 5s survived and, unsurprisingly, so did the Galaxy S5.

SquareTrade concludes that out of the four tested smartphones, Samsung‘s flagship fared the best on average. Of course, users will not intentionally put their devices through such experiences, but they now know which ones will survive grueling ordeals, with a bit of luck, of course.