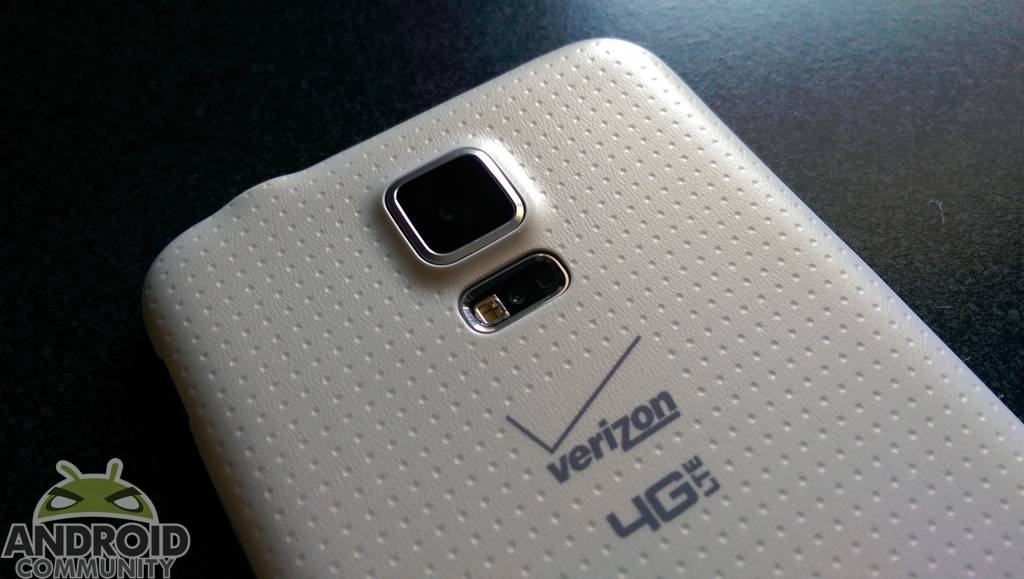 Similar to what we did with the HTC One (M8), we are going to offer an out-of-the-box look at the Galaxy S5 camera setup. This includes a tour of the camera interface and some of the available options and settings. But while the different modes and settings can be helpful — we feel there are plenty of users that simply take pictures and record video with little thought in regards to the settings.

So with that, we are also including some sample images and videos. These were taken with no setting adjustments, and most important, no editing after the fact. Up first is the tour of the camera interface.

One thing we like on the Galaxy S5 camera is the two button setup. Unlike other camera apps, the Galaxy S5 doesn’t require you to switch modes for still images and video. Instead, as you’ll notice in the screenshot below, you just tap the appropriate button. 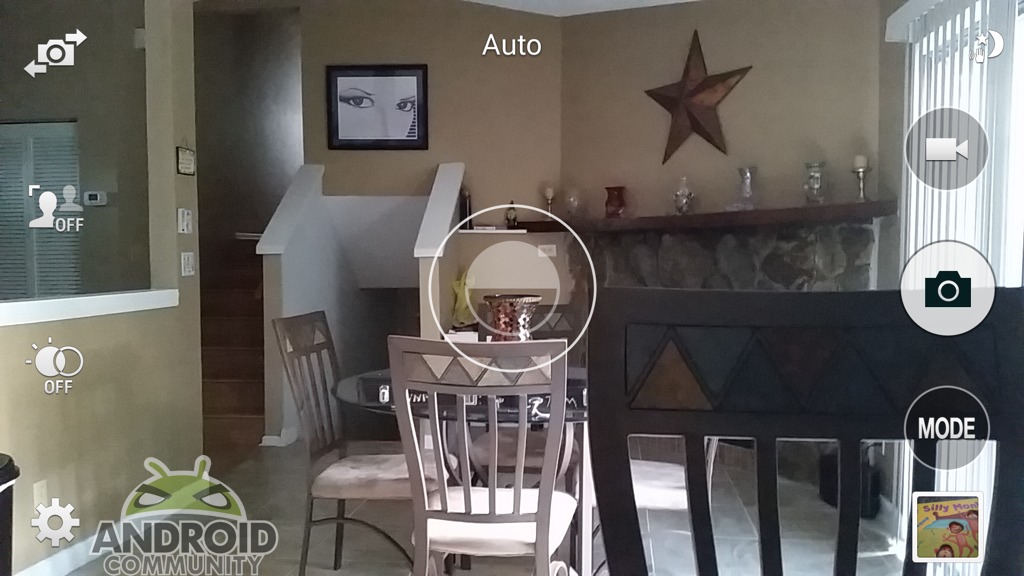 Otherwise, the button in the upper left is where you can switch between the front- and rear-facing camera. When switching to the front you will be taken to Beauty face, which brings the promise of “flawless portrait pictures.”

Next in line going down is to turn HDR on and off. By default this comes turned off. Last, in the lower left is the main settings page. This brings a wide variety of settings, which can all be seen below.

There doesn’t seem to be as many camera mode options as we have seen in the past. The basics, and some others are included. Out of the box you get the following options; Auto, Beauty face, Shot & more, Panorama, Virtual tour and Dual camera.

Shot & more is an interesting mode. This allows you to create different effects using burst captures.

The final option here is Download, which brings four additions; Surround shot, Animated Photo, Sports shot and Sound & shot. The image you see below is the ‘store’ where the additional camera modes can be found. 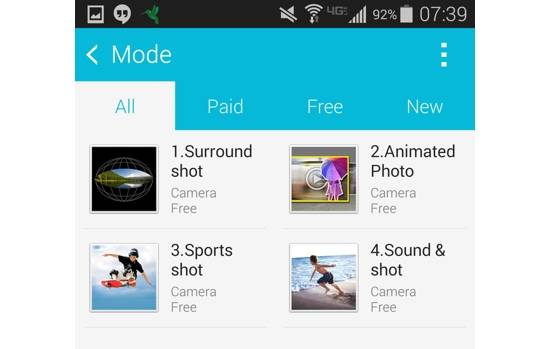 This is just a random collection of images. Some were inside, some were outside and naturally, some were taken with better lighting. Most important here, these are just random quickly snapped pictures with no editing after the fact.

Some are better than others, and there were a few times when movement with the subject caused terrible blurring, but overall the camera seems to perform well.

Similar to the images, the video was shot and uploaded with no editing or real thought in terms of quality. The video is just a quick walk through the house and yard in an attempt at seeing how well it handles movement (me holding the phone while walking). You can also see how the Galaxy S5 video handles adjustments to light, and how well the microphone picks up a nearby voice.

The video is as you would expect given a walking tour — with a bit of shake. But the camera does seem to adjust to lighting well, and also focus in quickly when you stop. Another positive is the microphone, which seems to pick up a voice fairly clearly.

Make sure to keep an eye on the Samsung Galaxy S5 tag here on Android Community for future coverage.