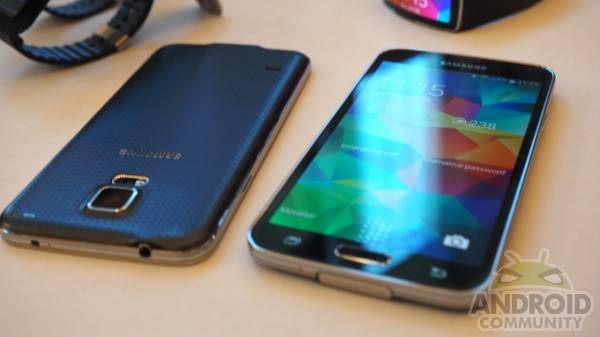 Samsung unveiled the Galaxy S5 during Mobile World Congress. We saw plenty of features announced during the Unpacked event, and have even see some since. Today brings another, and it looks like this one may be good for those with both a Galaxy Gear, and a baby. Yes, as in a living, breathing little human.

The feature is called “baby crying detector” and is touted as being one that “works best when your phone is placed within 1 m from the baby and with no background noise.” Samsung also has the seemingly necessary warning (to cover themselves) about how this is a “parenting aid” and not something that lets you leave your child unattended. 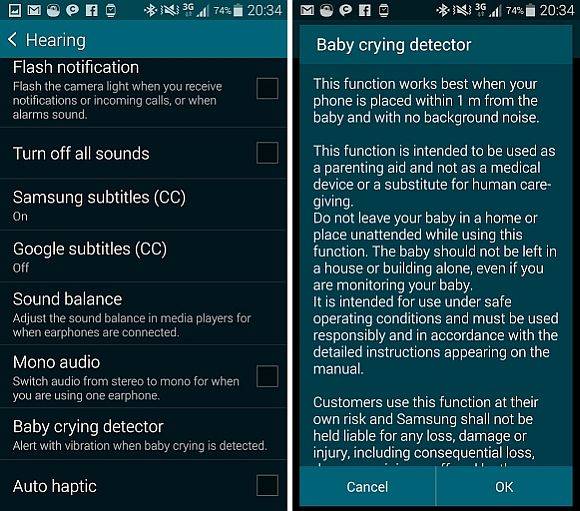 Of course, as you’ll see from the screenshot here in the post — that is only two small pieces from what appears to be a rather giant warning. More to the point though, this feature is one that will send a vibration when it detects the baby is crying. A neat feature, but one we aren’t sure how many people would take advantage of.

After all, when the baby is sleeping is when you have two free hands and will likely want to on the phone doing what you do. Aside from the “baby crying detector” — we’ve had plenty of Galaxy S5 coverage since the handset was originally announced. You can check some of the recent stories in the Story Timeline below, and otherwise, make sure to keep an eye on the Samsung Galaxy S5 tag here on the site.