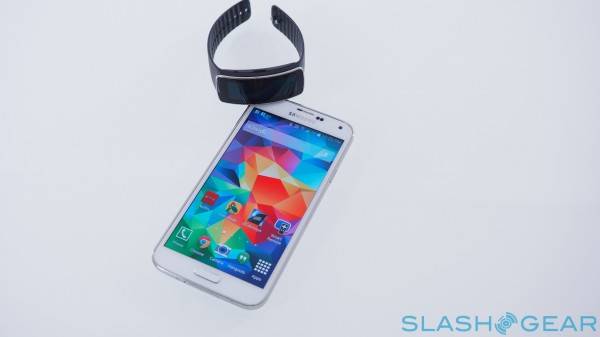 The Galaxy S5 is easily one of the more desirable Android devices launched this year, touting high-end specs and some neat new features. The device also works with Samsung’s new Gear Fit wearable, which is both Samsung’s foray into the non-smartwatch wearable segment as well as Tizen for mainstream applications. With SlashGear having reviewed both, we take a look at their take on both devices to find if they’re worth your cash, or if it’s time to pass.

By now, you’re likely familiar with Samsung’s design choices for their flagship lineup. Flat slates with a single hardware button, and a removable back plate. The corners are rounded, and the device feels light but sturdy in-hand. Keeping some happy is the SD card slot Samsung continues to include on their devices.

This newer Galaxy has the “band-aid” back we find on the Note series, which seems to be Samsung’s favorite new design cue. We see it on many of their mobile devices, as well as their newest line of Chromebooks. It adds a touch of texture, which takes care of the device feeling slippery, as it has in the past. 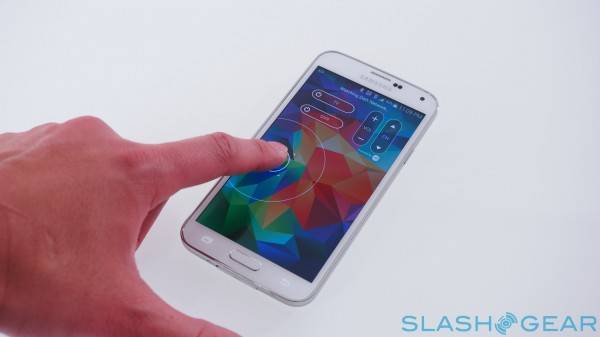 It’s also waterproof, which is a nice touch, and one we’re happy to not need an “active” version for. A fingerprint scanner brings a security feature many like, but it’s a touch sensitive and finicky, requiring you to scan a certain way. SlashGear’s Vincent Nguyen said “Try unlocking the Galaxy S5 single-handed, and it’s a recipe for dropping it.” If you’re looking for something to rely on for daily access, Samsung’s fingerprint scanner may leave you wanting.

Inside, we find a Snapdragon 801 at 2.5GHz, Adreno 330 graphics and 2GB of memory. Bluetooth 4.0 and an array of sensors round out the hardware, which makes way for the software. Running Android 4.4 is almost a qualifier, as TouchWiz is so heavily laid over Android. With TouchWiz you get some added benefits this time around, which is where the Gear Fit comes in. 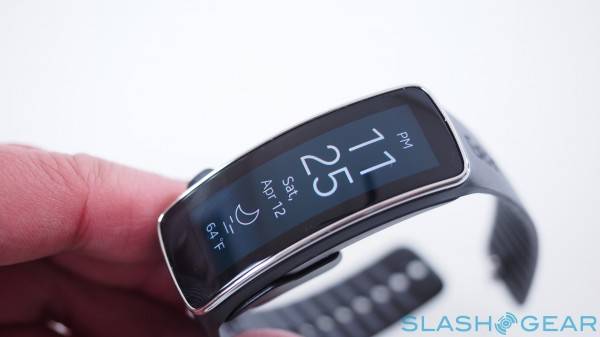 Samsung’s small-ish wristband is their debut into the wearable market that forgoes a watch design. More like a sports wearable, Samsung has taken a small-ish screen and brought some great functionality by way of TouchWiz and the Galaxy S5.

While the Gear Fit is a notification center like any other smart wearable worth merit, it also provides a quick method for relaying health info to your Galaxy S5 and S Health software. Things like heart rate and pedometer findings are relayed, though they’re not terribly accurate. Sadly, while the Gear Fit holds a lot of promise, the performance is hit and miss. 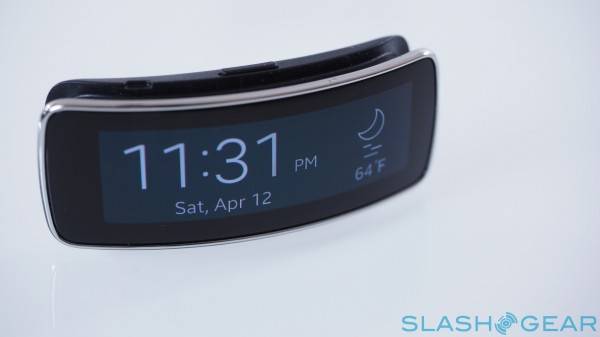 The Gear Fit was found to be sensitive to movement while reading heart rate, forcing you to stand still and remain that way while it finds out if you’re still alive. Sadly, it’s also not terribly accurate, which is an issue we see with many wearables aimed at health monitoring. Though it may be meant as a health monitor, it’s better as a notification center on your wrist.

One unique way Samsung has taken advantage of the Gear Fit/Galaxy S5 combo is with media playback. The Gear Fit can act as a media control center for the music playing from your S5, which is great for those times you may have the phone sitting on the desk, tethered to speakers. The Gear Fit is also a good for finding a lost Galaxy S5, causing the smartphone to ring when you stray a bit too far. 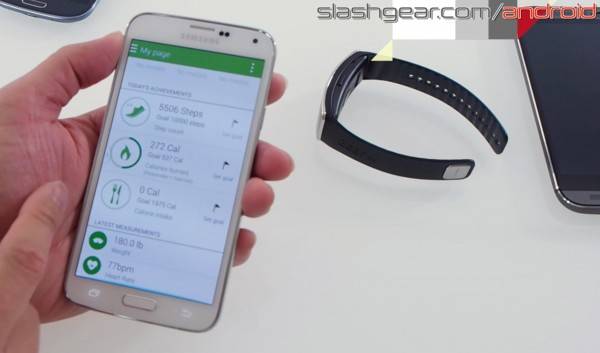 The Gear Fit and Galaxy S5 are a mixed bag of success. Though impressive, the Galaxy S5 is not the radical upgrade some had hoped for. It may be a desirable handset, but likely won’t have people clamoring to get their hands on it. It’s nice, but a natural upgrade to the S4. Those who still have an S3 will likely find it desirable, but Samsung faithful on an S4 may not. Those coming from outside Samsung’s sphere will have enough reason to want one, just as they have prior to this.

The Gear Fit is stylish, with clean lines and a gorgeous little screen. As a notification center, it’s more than adequate, but that’s not the point. It’s meant — as the name implies — to monitor your activity and overall health. To that end, it’s hit and miss, which means the hardware isn’t all that salient.