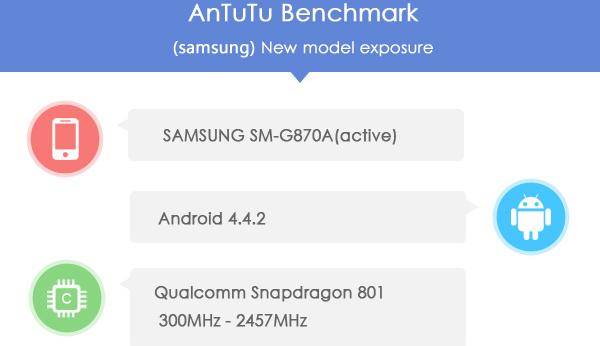 The rough and tough version of the Galaxy S5 might be coming sooner than you think. A couple of clues are now amassing that suggest an upcoming unveil of the Samsung Galaxy S5 Active.

By way of FCC, we get the dimension of a certain SM-G870A, believed to be the Galaxy S5 Active. The smartphone depicted stands at 143 mm long and 73.45 mm wide, no thickness given. This makes it slightly larger than the Galaxy S5 itself which is 142 mm in length and 72.5 mm in width. The added bulk could very well be due to some extra ruggedness that is usual of the “active” moniker in Samsung’s smartphone lineup. 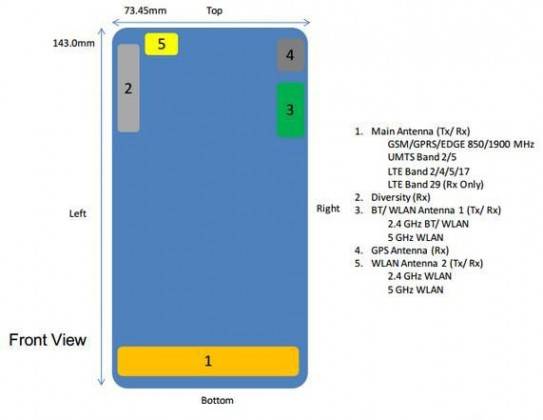 AnTuTu’s benchmarking suite further confirms the G870A as an “active” variant of the Galaxy S5. In terms of internal specs, the two do share the same hardware, like the 2.5 Ghz quad-core Qualcomm Snapdragon 801, 2 GB of RAM, 16 GB of storage, 16 megapixel rear camera, and 2 megapixel front shooter. The screen resolution is also given, which is 1920×1080, but the size is, of course, undetermined. 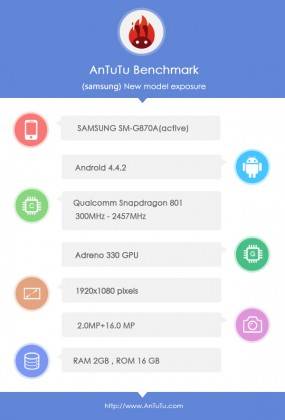 Samsung’s European sites are also seemingly preparing for the arrival of the Galaxy S5 Active. Several countries, like Sweden, Finland, Norway, and Denmark, have already put up placeholders for a certain SM-G850F. This model number is believed to be the international variant of the device, while the G870A is one that is intended for AT&T. 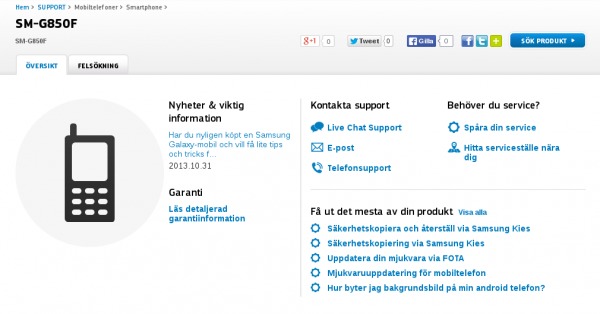 While it is now almost certain that there will be a Galaxy S5 Active, the big question now is what will that device offer. Previously, the Galaxy S4 Active offered users dust and water resistant features, at the cost of lower specs. But with the Galaxy S5 already sporting those qualities, it will be interesting to see what a Galaxy S5 Active will have left to give.