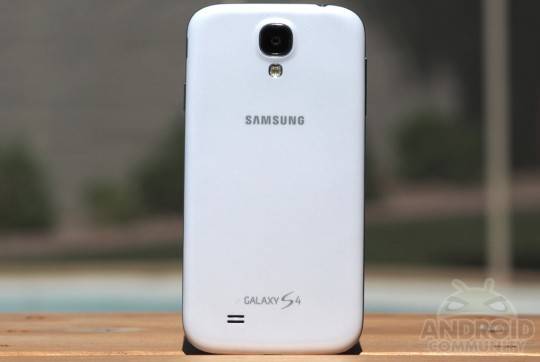 AnTuTu, makers of the popular Android benchmarking utility. has just released its report summarizing data that it has collected for the first half of this year, from January to June 2013. They have grouped the results of their data analysis into two broad categories: hardware performance of smartphones on a global scale and popularity in select Asian markets.

In terms of hardware performance, Samsung’s Galaxy S4 takes up the two top spots, followed by Chinese smartphone Xiaomi MI 2S and the HTC One in third and fourth, respectively. The Galaxy S4 takes up two places because of two variants that have been released: one that runs a faster Samsung Exynos 5 Octa chip but is available only in select markets and another that uses Qualcomm’s Snapdragon 600 which is sold in the US and other regions.

While it isn’t surprising that the Galaxy S4, which is the first smartphone to have Samsung’s eight-core chip, beats out all the rest, one has to wonder how accurate the current benchmark data is. After all, Samsung was just recently found out to have tuned hardware performance to affect benchmarking apps, giving out unrealistic results when compared to regular usage. 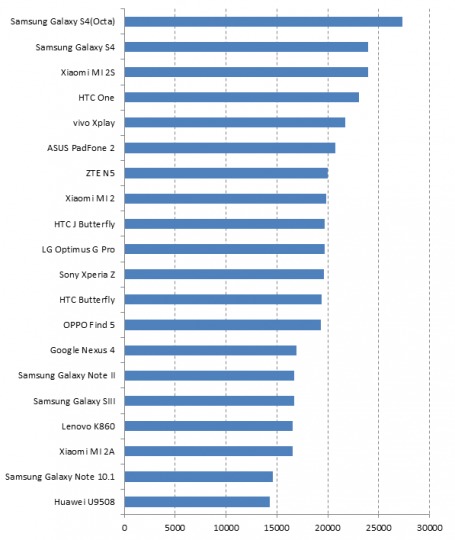 AnTuTu also showed data related to smartphone popularity in China, Hong Kong, Taiwan, and Japan. In almost all places, Samsung smartphones like the Galaxy S4 and the Galaxy Note II took the first or second spots, except in Japan where the Sony Xperia Z and the Galaxy Nexus 7 ranked at the top. It’s unfortunate that AnTuTu doesn’t have or didn’t release data for popularity of smartphones worldwide, which would always be interesting to see.