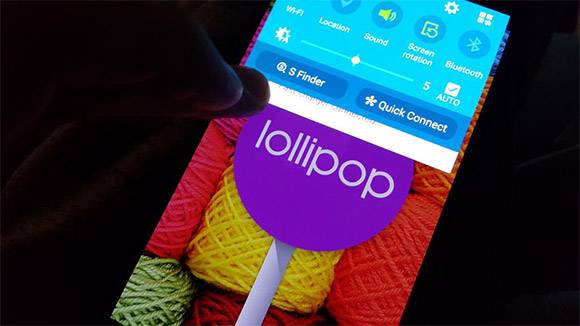 The Samsung Galaxy S4 Google Play Edition is finally getting the much-awaited Android 5.0 Lollipop. This means the smartphone will be a lot sweeter as the software update has started to roll out. Last year’s flagship phone from the South Korean giant was the first GPE device but is now among the last ones to get a taste of the sweet Lollipop. This brings new platform features to the bestselling Galaxy S4 but it will only be the Android 5.0.0 and not the 5.0.1 update recently released. The preview we saw earlier this month was true after all.

There was a bit of delay in Galaxy S4 getting the Lollipop because it’s up to the device manufacturer when it will be released. Google already made the update available but maybe Samsung was too busy the past few weeks to worry about the last generation flagship phone.

A Google Play Edition of any smartphone is special because it’s actually a stock version of the Android OS. A GPE unit has no customizations yet from manufacturers so it’s almost like the Nexus line. Other Google Play Editions include the HTC One M7, HTC One M8, Sony Z Ultra, LG G Pad 8.3, and the Moto G.

Android 5.0 Lollipop now on the Galaxy S4 means it will also have the Material Design. If you’re a Samsung Galaxy S4 owner and has been wanting to upgrade to Android Lollipop, make sure you have at least 500MB of free space. Software update is expected to roll out in the next few days.