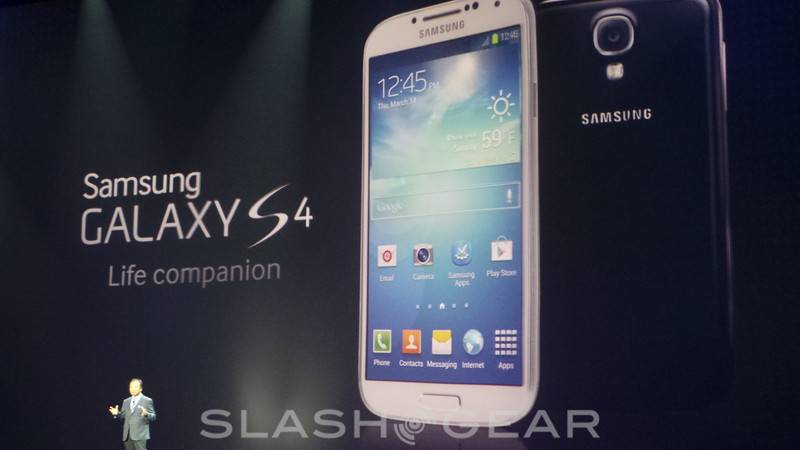 Samsung has officially announced the GALAXY S4. The event kicked off with immediate talk of features and then jumped into the next best thing — the where and with who. You know, the availability timeframe and the carrier details. We didn’t see specifics, but suffice to say that the GALAXY S4 will be available with a wide variety.

Samsung has said the GALAXY S4 will be available from the end of April. The roll-out will include 155 different countries and a total of 327 wireless carries. There will also be support for 3G and 4G LTE across multiple frequency bands. JK Shin, the president of Samsung has said that the GALAXY S4 will support all frequencies and standards — inlcuding global LTE roaming.

While we have some details, we obviously still need some more. Notably the specific carriers and specific launch dates. Pricing is something else that we have yet to see anything on, however we suspect that will come by way of the carriers. Speaking of which, they can feel free to begin releasing those details anytime now.

Otherwise, some of the initial highlights were talking about the 5-inch 1080p display at 441ppi and a bit about the handset weighing in at just 130 grams. Not to mention, the thinness, as in 7.9mm thin. The GALAXY S4 will also have a 1.6GHz Exynos Octa-core (or a quad-core 1.9GHz Qualcomm), 2GB of RAM and a 13 megapixel rear-facing camera.