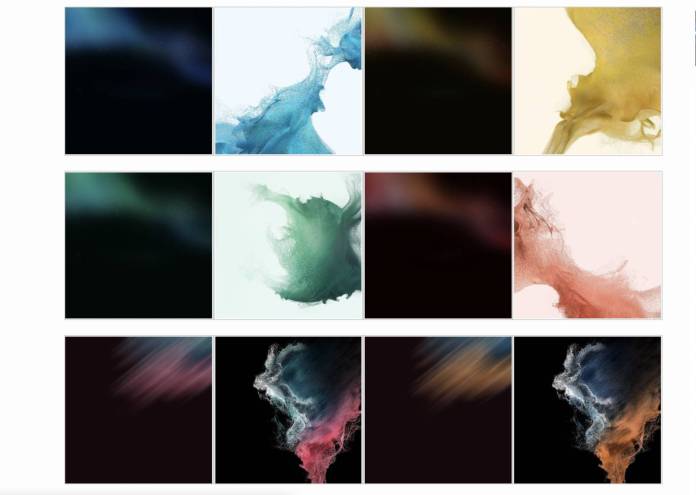 Ahead of the official launch of the new flagship devices from Samsung, we’re getting a sort-of sneak preview through the official wallpapers. The Galaxy S22 ‘s complete set of wallpapers in different formats are now available for download. And even if they’re not from the official channel, they seem to work well with different devices even if they’re meant for devices that aren’t officially launched yet. The set includes live wallpapers, static versions and even DeX mode wallpapers.

XDA Developers shared how you will be able to access the official wallpapers which you can then download and use for your smartphone, even though it’s not yet the Galaxy S22. There are videos in the files that you can then make as your love wallpaper through the Video to Wallpaper app. You will need an extra step of course by downloading the app but if you’re looking for something new to make into your live wallpaper, then it’s something you may want.

The wallpapers are pretty nice looking if you’re going for the metallic, paint splatter, abstract look. We don’t really learn much about the Galaxy S22 from looking at these images and videos but it gives you a look and feel on what to expect from the new flagship series. Some of them have actually been leaked previously although there are also new images published for the first time. They are most likely the real deal even if it’s not really “official”.

As to when we can expect the Samsung Galaxy S22 to be officially announced and unveiled, we are most likely looking at a February launch. Once the Unpacked event is announced and invites are sent out, we can expect rumors and leaks to fly in left and right. For now, you can download the wallpapers here.