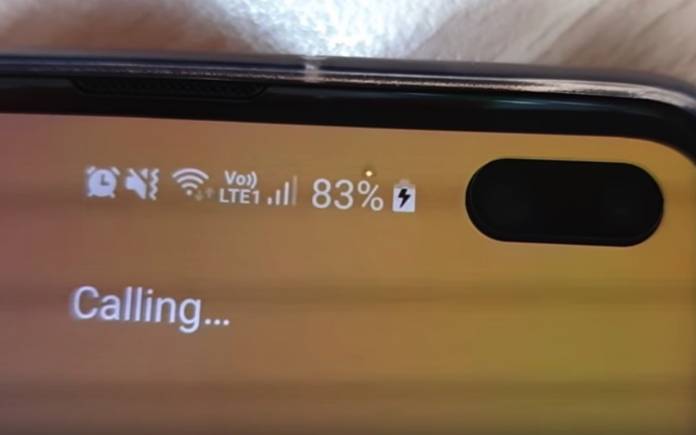 Personally, we haven’t seen this happening but apparently, some users have reported a white pixel blinking on the Galaxy S10. What is first thought to be a defect is part of the smartphone. It flashes near the selfie camera when a user is making calls. It’s actually the proximity sensor working to determine if a face is close enough to turn off the display. It’s only a sensor so don’t worry and say your phone is defective. It’s not. Really.

Thank heavens for that but it can be annoying at times as it looks like a warning light, telling you that something is wrong. You see, the South Korean tech giant decided to place different sensors underneath the screen to save on space. But if you don’t like it, there is one quick solution: turn on the speaker when placing a call.

The blinking light isn’t a glitch. It’s small so we suggest you use the speaker option first. It can be a hassle but it works.

If you’ve seen the blinking pixel, calm down. It’s part of the Galaxy S10.

You don’t have to send back the device for replacement because the white pixel is part of the unit. It just works in a manner most people may be annoyed with.