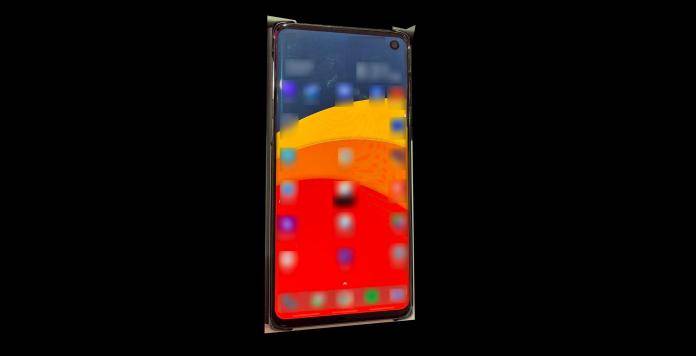 One Samsung Galaxy S10 variant has been given the code name ‘Beyond 1’. There’s also the Beyond 0 and Beyond 2. The phone series has been the subject of several related reports and leaks that we’re not really “beyond” what’s new. As early as April last year, we’ve been learning different information but mostly focused on the display size and specs. We noted the device will finally implement an on-screen fingerprint display and may still arrive with a headphone jack.

The Beyond 1 Samsung Galaxy S10 has been spotted in the wild as shared by Master Leakster Evan Blass (@evleaks). The image is not clear but we can see the almost bezel-less display and the new camera cutout on screen.

Some apps have been blurred so we can’t say much about the smartphone. Not that details are scarce, the new image that surfaced just doesn’t say much.

Interestingly, Blass’ Twitter thread mentions the possibility the Samsung Galaxy S10 can wirelessly charge other mobile devices like maybe smartwatches and other phones. If that’s true, then it is a cool feature that is worthy to be mentioned over and over again.

The Samsung Galaxy S10 smartphones are expected to be announced in a few weeks time. We’re looking forward to an MWC 2019 unveiling or even earlier during an Unpacked event.

Samsung Galaxy S10 "Beyond 1," in the wild. pic.twitter.com/EMquh59Kln