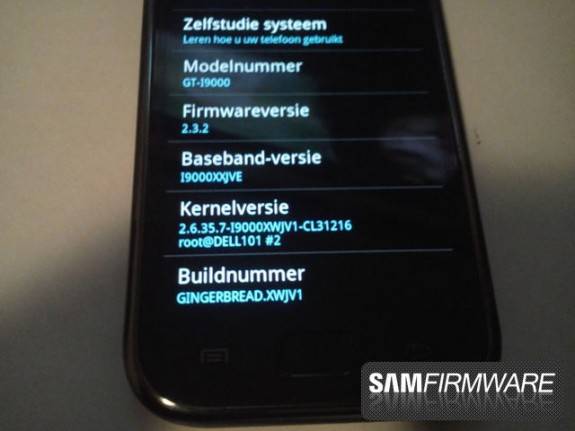 The German site SmartDroid has leaked a ROM of Android 2.3.2 (Gingerbread) for the Samsung Galaxy S. The ROM, available on the file sharing site MEGAUPLOAD, and features TouchWiz, version 4. There’s also speculation that the slower RFS file system has been replaced with EXT4.

Take note that the Google Nexus S, a pure Google version of the Galaxy S, already has a fresher vs. 2.3.3, but those who aren’t using the Nexus S version, can try this new flavor of Android but installing it as per the instructions. Now, it’s important to remember that file sharing sites are a haven for not only pirated software, but also viruses. And with new exploits coming to cell phones more and more these days, users should always consider the dangers of using an unauthorized ROM on their Android phone. And remember that any warranty you still have left on that Galaxy S will likely be voided the minute you port the Gingerbread ROM to it.