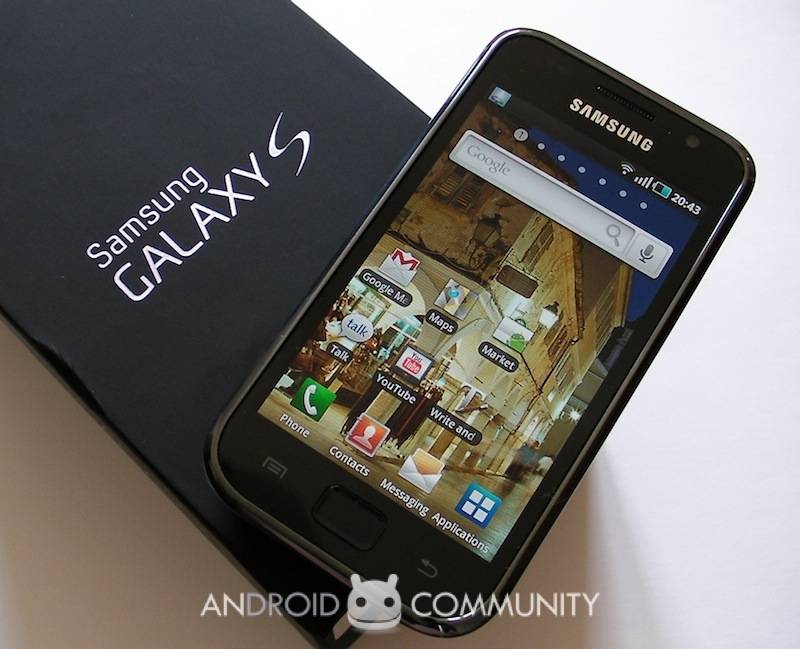 Samsung’s Galaxy S is undoubtedly one of the more popular Android smartphones around right now, but according to the company’s latest figures it’s already sold over five million units.  Buried in among details on the Galaxy Tab‘s launch in Japan, the milestone includes over 2m Galaxy S family handsets sold in the US and over 1m in Korea alone.

Obviously the US figures include the various versions of the Galaxy S that Samsung has crafted for the different carriers: Verizon’s Fascinate, AT&T’s Captivate and T-Mobile’s Vibrant.  It’s unclear if the Sprint Epic 4G – which also packs a QWERTY keyboard – is included, however.

Samsung unleashes a GALAXY of opportunities in Japan

Samsung made the announcement during a GALAXY S and GALAXY Tab launch event at the Grand Hyatt Hotel in Tokyo. More than 200 guests including journalists attended the event hosted by JK Shin, President and Head of the Mobile Communications Business, Samsung Electronics and Ryuji Yamada, President and CEO of NTT DOCOMO.

The GALAXY S is scheduled to go on sale in late October and the smart media device GALAXY Tab in late November. Both mobile devices are powered by the Android™ 2.2 operating system, enabling users to choose from a large number of applications available at the mobile portals Android Market™ and docomo market.

Ryuji Yamada, President and CEO of NTT DOCOMO says, “The GALAXY S smartphone and GALAXY Tab smart media device are highly promising new products for the smartphone era. We expect our Japanese users to make full use of their high performance to experience the wonderful world of advanced mobile content and functionality via DOCOMO’s state-of-the-art mobile network.

“The GALAXY S and GALAXY Tab will deliver true value and enjoyment through immersive, integrative and intelligent consumer experiences. We are very grateful for the fantastic global response we have received for the GALAXY S and I am convinced that the Japanese market will feel the same,” said JK Shin, President and Head of Mobile Communications Business at Samsung Electronics. He continued, “With the launch of the GALAXY Tab and in partnership with NTT DOCOMO, we are bringing Japanese consumers a smart media device that has generated significant excitement across the world.”

The GALAXY S features a 4-inch, SUPER AMOLED screen and supports Flash?? for PC-like access to diverse Web content. Its 5.0 megapixel camera captures high-definition video that can be played back on the phone’s industry-leading, high-resolution screen. Multi-touch functionality also enables intuitive control of the screen.

Samsung continues to expand the reach of the GALAXY S around the world with the Japanese market launch following the recent launch in China, in September. The GALAXY S has been a phenomenal success in the global smart phone market, recording global sales of over 5 million units including more than 2 million units in the United States and more than 1 million units in Korea.

The GALAXY Tab smart media device has opened up a new chapter for the Mobile industry in providing an all-new way to experience Internet browsing on the go. Consumers are able to experience PC-like fully Flash?? 10.1 compatible web-browsing and enjoy all forms of multimedia content on the perfectly sized 7-inch display, wherever they go. It is an exceptionally portable tablet device that can be easily held in one hand. Moreover, users can continuously communicate via e-mail, voice and video call, SMS/MMS or social network with the optimized user interface.

The GALAXY S and GALAXY Tab will be exhibited at CEATEC Japan 2010 in Makuhari Messe, Japan from October 5 to 9.