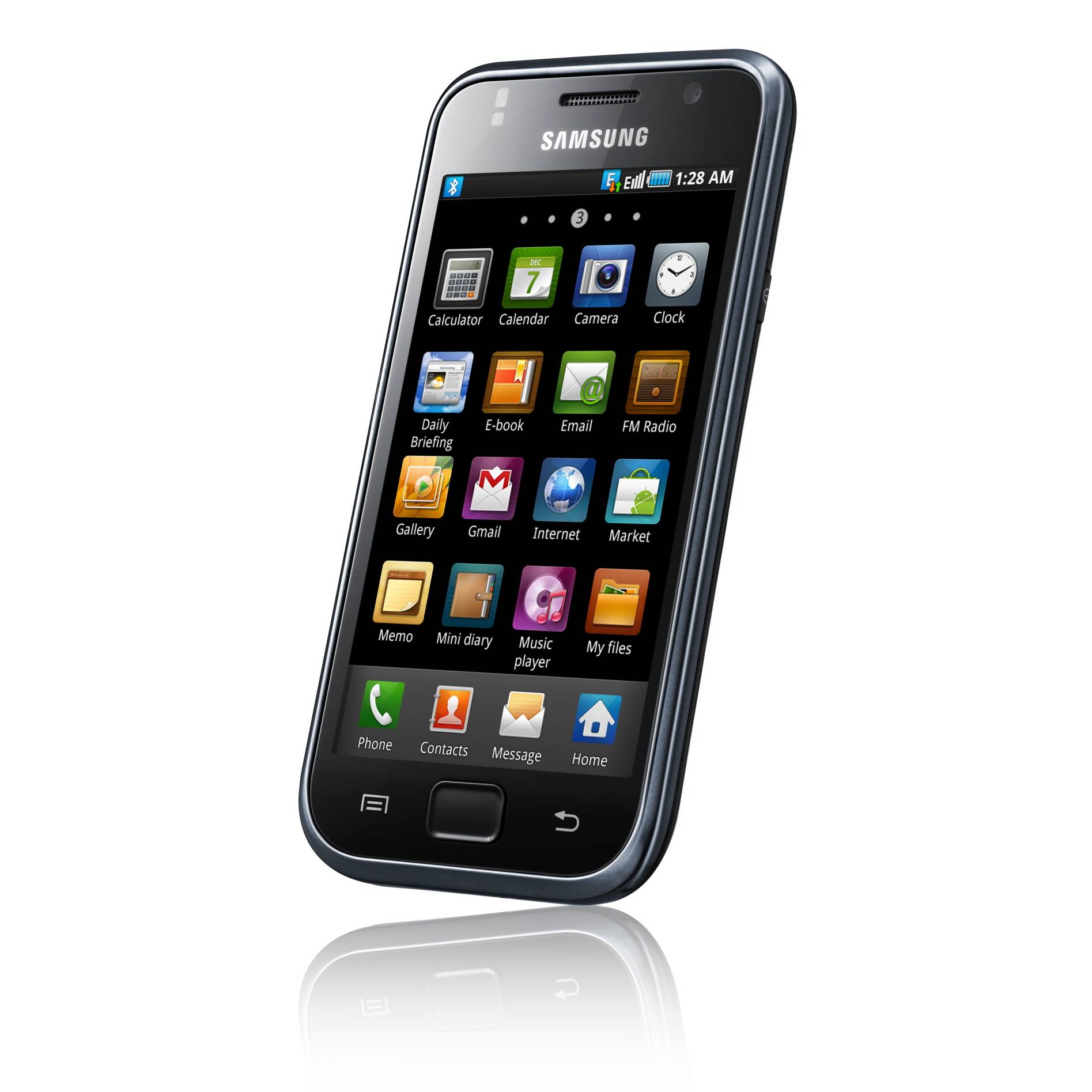 Obviously, we want more Android-based handsets. It doesn’t hurt at all, though, when we get devices like the just-announced Samsung Galaxy S. We’re pretty sure that this one lands squarely in the superphone bracket of handsets, but Samsung is humble enough to keep officially calling it a smartphone, so we’ll begrudgingly oblige them. Why are we so certain that this thing could be a superphone? Well, let us explain.

The Samsung Galaxy S is a powerful handset, no doubt, and it doesn’t hurt that it has the display to make anyone want to stare at it. We’ve got the first Android-based Super AMOLED display handset, here, folks, and it’s four inches. Yes. The Galaxy S is rocking a 4-inch Super AMOLED WVGA, 800×480 touchscreen. It’s got a 1GHz application processor underneath the hood to power it along at a nice clip, and as the title says, there’s no Android 1.5 bringing this bad boy down. Android 2.1 all the way. 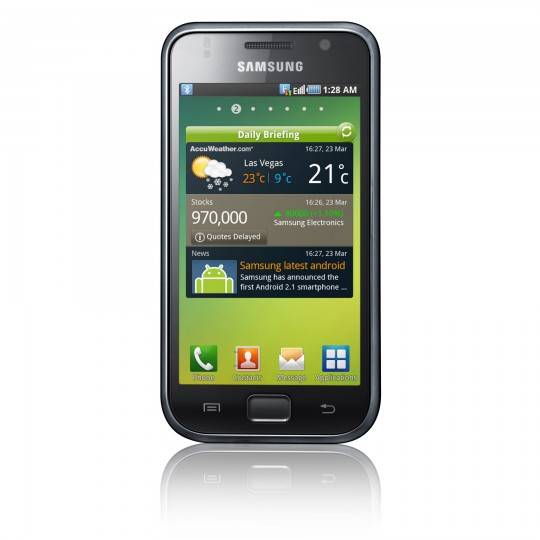 It has a lot of extra features as well, implemented by Samsung themselves. First and foremost though, they realize that social integration is key to the smartphone market nowadays, so they’ve officially announced the “Social Hub.” This is a feature that is always-on, and seamlessly connects you to all of your social networking sites, and allows you to communicate with your friends, family, and colleagues. The other kick in the shin, is the memory: 16GB/8GB, with an expandable MicroSD card slot for up to 32GB of memory. It’s coming to North America, Europe, Asia, Australia, and Latin America soon, but we don’t know how much the device will be, or which carriers have agreed to carry it. Hopefully we find all that out soon. Full press release for your viewing pleasure is just below.

The Android-powered Galaxy S incorporates a 4-inch Super AMOLED screen and a 1 GHz application processor that enables vibrant HD videos, rich augmented reality content through Layar Reality Browser, and advanced LBS (Location Based Services). The ‘Social Hub’ provides always-on social networks connectivity allowing users to enjoy communications with their friends, colleagues, and families whenever they want and wherever they are.

The Galaxy S is designed to provide immersive, intelligent and integrated experiences, with the power to enrich people’s lives through best-in-class services and technologies. The Galaxy S will allow users around the world to experience the “Smart Life,” which Samsung anticipates will shift the way that consumers view smartphones and how they interact with them in their daily lives.

The Galaxy S immerses users in a world of rich multimedia. The large 4-inch Super AMOLED display delivers unrivalled screen quality, with less reflection, free viewing angles and super-fast touch-response. The mDNIe (mobile Digital Natural Image engine) – a technology used in Samsung’s best-selling LCD and LED TVs – boosts an even sharper and crisper viewing experience for photos, videos, and e-books. It creates a perfect environment to record, edit and play HD video, to browse the Internet, and to read your favorite e-books. A variety of applications from Android MarketÔ allows users to even more extend the benefits and excitement of smartphone experience. Plus, users have access to GoogleÔ mobile services, such as Google SearchÔ, GmailÔ, and Google MapsÔ.
Living a “Smart Life” requires intelligence, and the Galaxy S delivers just that by utilizing personal preferences to gather information online that each user needs and wants. With a user-defined daily briefing, lightning-fast processing speeds and location-based search options like Layar Reality Browser – the Galaxy S gives users the information they need wherever and whenever needed. The Galaxy S represents the next level of intelligence in smartphones.

The Galaxy S integrates every aspect of life in a smart and sophisticated way. In addition to wireless integration with a variety of other devices, such as notebooks, TVs and cameras, the highly advanced Social Hub plugs users quickly and conveniently into their complete world of social networking and email.

“The Android-powered Galaxy S will set a new standard for smartphones,” said JK Shin, president and head of Mobile Communications Business. “The Galaxy S is the perfect device for people in all corners of the world who want that extra edge; to be more effective, productive, better connected, and in tune with their smart life – both personal and professional – all in a very easy and simple way.”

The Galaxy S is exhibited at The International CTIA Wireless at booth # 1023.