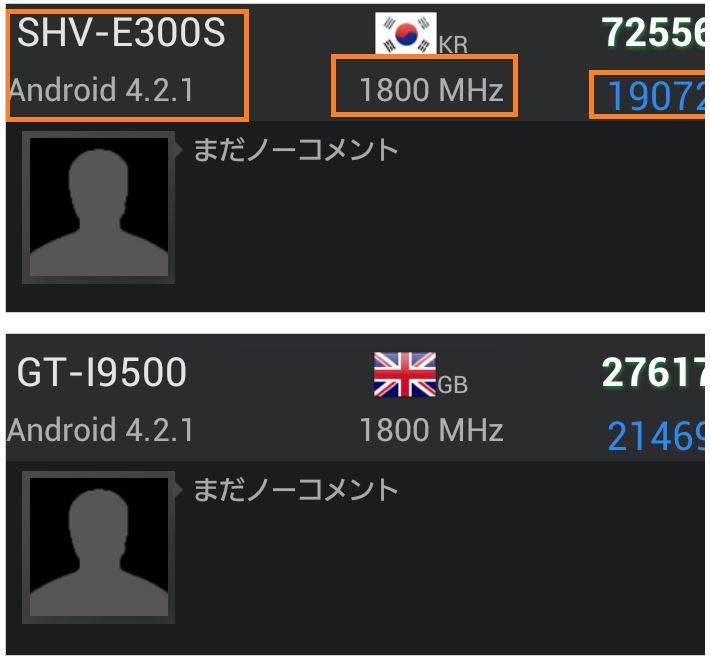 Well, what do we have here? New benchmark results for a pair of Samsung devices have appeared in AnTuTu‘s database, and quite a few folks are thinking that both are variants of the highly-anticipated Galaxy S IV. After the success of the Galaxy S III, it isn’t exactly a secret that Samsung is plotting another flagship release this year, but so far, we haven’t heard anything official from the company.

In any case, back to the AnTuTu benchmark listings – the model numbers associated with these two results are SHV-E300S and GT-I9500, which are apparently the Korean and International variants, respectively. The listings don’t tell us much, but they do show that the processor is clocked at 1.8GHz. That clock speed suggests an Exynos 5 Octa CPU for the Galaxy S IV, which probably won’t come as much of shock to most folks.

After all, if there’s one phone Samsung is going to use its new Exynos 5 Octa processor in, it’s the Galaxy S IV. The Galaxy S III sold tens of millions of units, so you can bet that Samsung will want to pack the S IV with the best equipment to get its fans fired up. We’ve been hearing similar rumors about the Galaxy Note III, so if these two devices are announced this year, it seems safe to assume that they’ll both come packing Exynos 5 Octa CPUs.