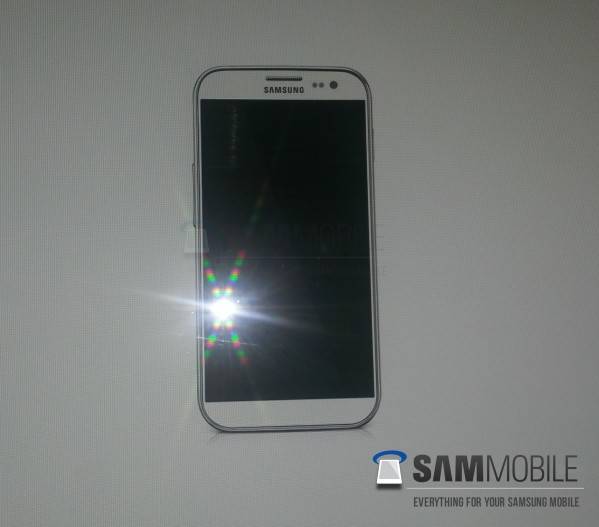 A recently leaked image claims to be that of the upcoming Galaxy S IV. The image is coming by way of the folks at SamMobile who claim to have received the image by way of an insider at Samsung. As you can see, the image appears to be a picture of a render that someone then snapped a picture of. Regardless, the image is clear enough to get a look and assuming this is the real deal, it does reveal at least one interesting tidbit.

Aside from the clean lines and the nicely rounded corners, Galaxy S users will likely notice that one thing is missing — the home button on the bottom. The bezel also seems to be on the narrow side, that is, at least compared to what we currently see with the Galaxy S III. Otherwise, it appears as if you can make out the power button on the right-hand side along with the volume rockers on the left-hand side. The front-facing camera is also present.

Which brings us to the next point here, the specs. That front-facing camera is expected to be 2 megapixel. Other rumored specs include the handset having a 13 megapixel rear-facing camera, 2GB of RAM and a quad-core 2.0GHz Exynos 5450 processor. The handset is expected to arrive running Android 4.2.1 Jelly Bean at launch and with a 4.99-inch display. Diving a bit further in on the display and it should be a Super AMOLED with a Full HD resolution of 1920 x 1080.

Remember though, at this point in time, this is nothing more than a leaked image. And while it seems like it could be the real deal, we remain skeptikal. Of course, as it always has to be, nothing is official until we see an announcement and images come direct from Samsung. All said and done, we do sort of hope to see Samsung remove that home button though.