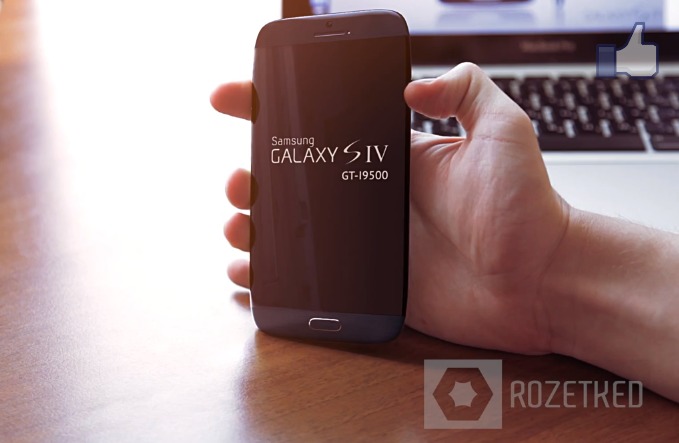 With Samsung’s flagship Galaxy S III smartphone still selling like hot cakes and topping 30 million in sales, we’re already setting our sights on the next generation. The Samsung Galaxy S4 has been rumored more than a few times and we know it’s coming soon. Today however we have an awesome “concept video” or render showing some ultra-thinness and even a projecting laser keyboard.

Now what we have here is a concept video that is fan made from the folks at Rozetked, so clearly nothing here is real. What we do know however, is the model shown in the video below is based off of what we’re hearing is leaked drafts for the new flagship Galaxy S IV. That’s what makes this interesting, exciting, awesome, and totally piqued our interest.

Rumors have claimed a 4.99-inch 1920 x 1080p full HD AMOLED display, a quad-core Exynos Cortex A15 processor, 2 or 3GB of RAM and a 13 megapixel camera — just to name a few. These all are plausible given the usual trend of upgrades and generational changes, but it’s nice to see them all mentioned here again. Although they state a “Grand AMOLED display” whatever that means. Enjoy the conceptual video below with a render of the Galaxy S IV.

We’ve heard rumors about flexible AMOLED displays and ceramic unibody designs. While those are coming soon, most likely none will be found in their upcoming flagship device — at least not this time around anyways. As you saw above the render (not real folks) video shows an edge-to-edge impressive 5-inch display, an extremely thin design, and my favorite part was that gesture based laser keyboard dock. Simply swipe for the laser keyboard and type away. While Android 4.5 or 5.0 Key Lime Pie will probably just be on its way from Google, we could still see the Galaxy S IV launch with the latest and greatest. Otherwise we can expect the latest Android 4.2 Jelly Bean.

Pretty awesome right! Interestingly enough the video ends by stating the render was made from leaked drafts of the Galaxy S IV. Could this be the final product, or something similar? What do you guys think?