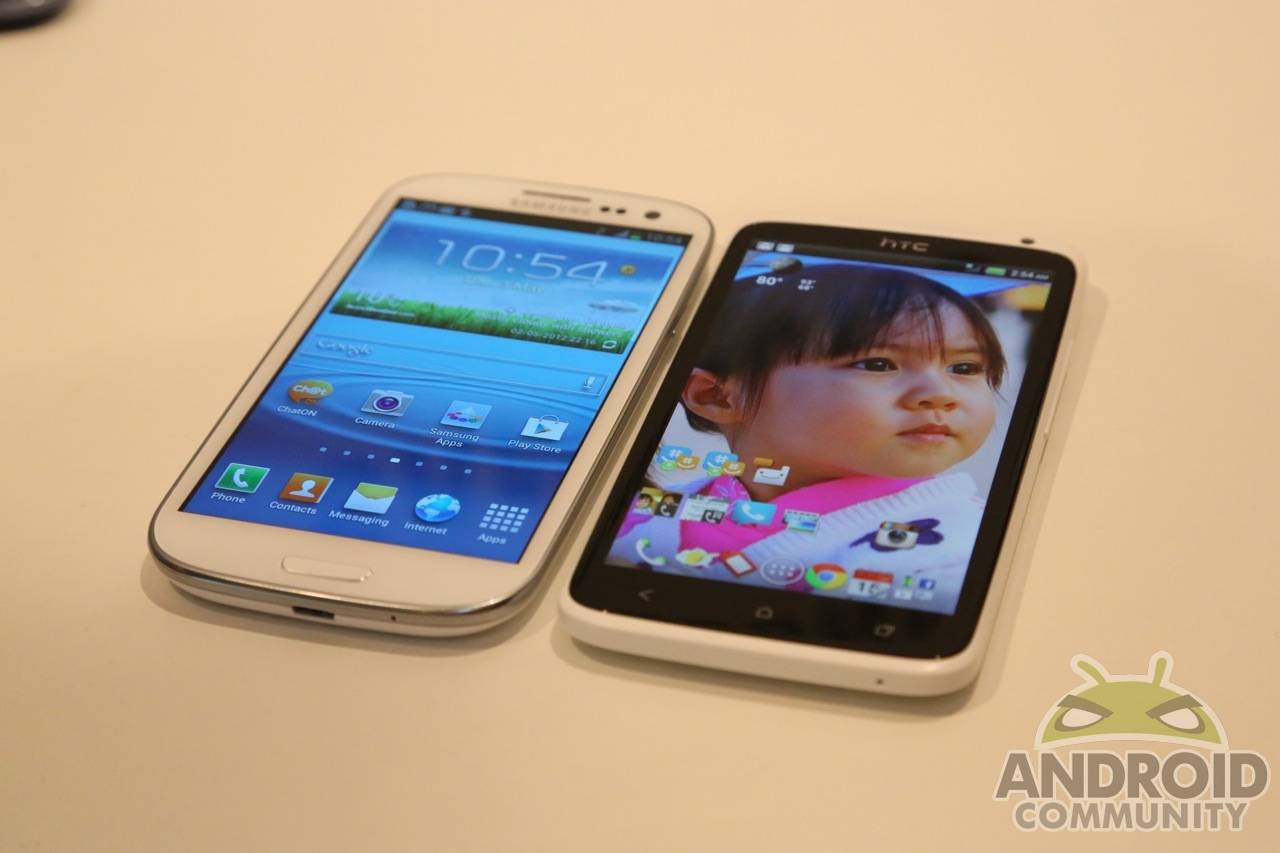 The day has finally arrived and the Samsung Galaxy S III is here. We’ve waited through all the leaks and all the details have finally been revealed. After the excitement calms down you’ll be wondering what your next phone should be. The Galaxy S III, or maybe something like the HTC One X. We have pictures and hands-on video below to help you make up your mind on what superphone is right for you.

Both of these phones are extremely impressive in their own right. Both coming with quad-core processors, impressive 8 megapixel cameras, and huge 720p HD displays. While we don’t have all the details or answers regarding the US models, overseas the HTC One X is powered by NVIDIA’s quad-core Tegra 3, while the Galaxy S III runs with Samsung’s own Exynos 4 Quad processor. These both run at 1.4 GHz and come complete with 1GB of RAM and Android 4.0 Ice Cream Sandwich. We’ll just show you, check out our comparison video for all the info you’d need.

While both phones are almost the same size, and have went with similar capacitive touch buttons rather than on-screen keys like the Galaxy Nexus, the Galaxy S III is actually a hair thinner and about 3 grams heavier — so basically even. While not a big difference, the Galaxy S III comes with a 4.8-inch Super AMOLED HD display compared to the barely smaller 4.7-inch screen from camp HTC, and until we get more time with both devices we can’t really comment on display quality as they are both excellent. Both offer 720×1280 HD resolutions and crisp vivid colors.

Once we are able to bring this beautiful Galaxy S III come we’ll be sure and run multiple benchmarks and comparisons to see how well the new Samsung Exynos quad-core handles tasks, but if it’s anything like their previous processors it will be blazing quick. This was just a quick short preview of the two and stay tuned for more in-depth hands-on coming soon.