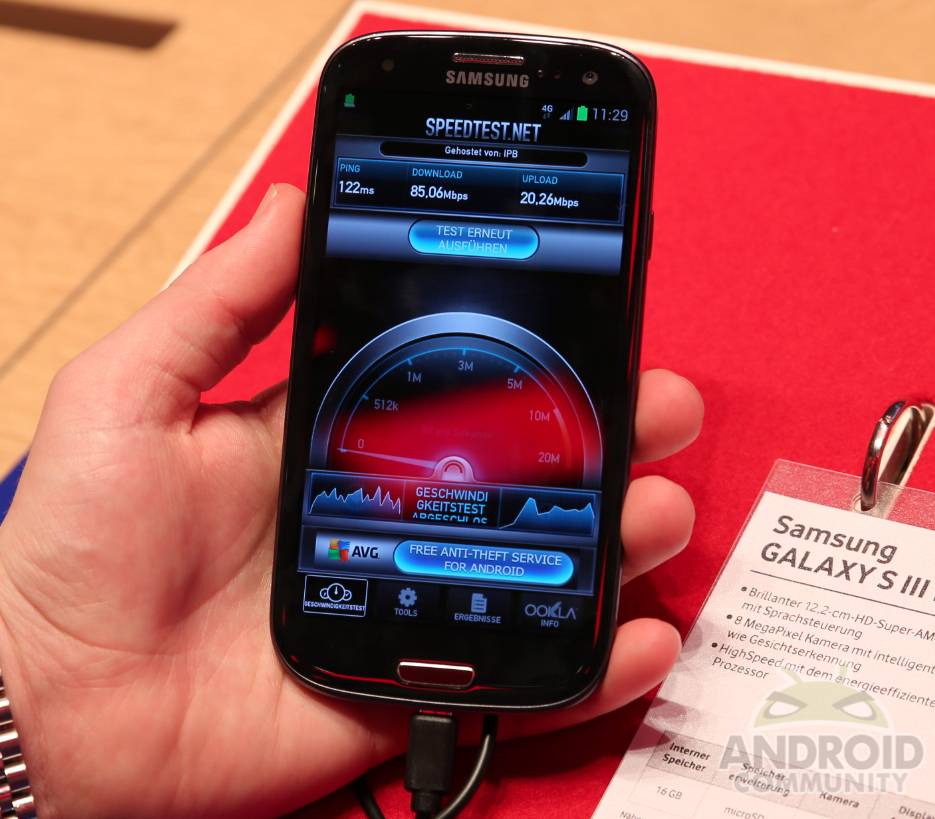 While roaming the halls at IFA this weekend we managed to stumble on a special Samsung Galaxy S III smartphone. What you’ll see below is an exclusive plum colored quad-core Galaxy S III with 4G LTE from the folks at Vodafone. What’s even better is this device also is running the latest Android 4.1 Jelly Bean from Samsung.

Samsung has stated Jelly Bean was coming soon, but this device is already running the anticipated update. What we have essentially is the same international Galaxy S III with Samsung’s own Exynos quad-core processor at 1.4 GHz, but it also has 4G LTE — one of the only LTE quad-core devices on the street. 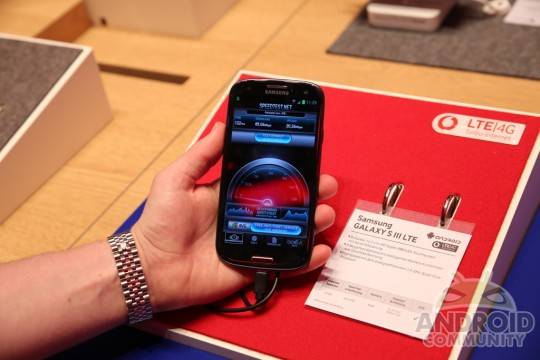 This model rocks the quad-core unlike the US models that all replaced the Samsung Exynos processor for Qualcomm’s 1.5 GHz dual-core S4 instead. As you can see from the image above the 4G LTE present here in Germany thanks to Vodafone was mind boggling fast. 84 Mbps download speeds trump my house network. Then just for fun we also ran the popular Quadrant benchmark to see how Android 4.1 Jelly Bean handled things. 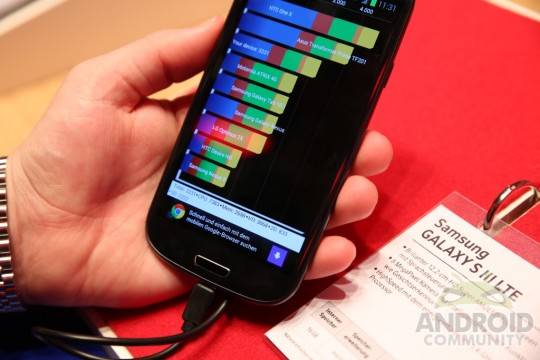 While not outrageously fast it was blazing along as usual. Jelly Bean might not improve benchmark scores too much but thanks to project butter the device was as smooth as could be and Samsung’s TouchWiz UX didn’t have many changes over their ICS flavor. Stay tuned as the official Jelly Bean update should be coming hopefully next week, and Samsung’s new color options should also be hitting the shelves starting this month too.