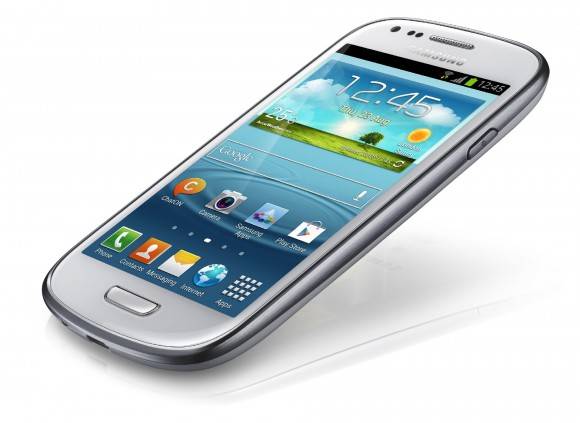 We’ve only officially known about the Samsung Galaxy S III Mini for a few hours now, but instead of having to wait weeks for pricing information, we’re getting some details on the UK price courtesy of retailer Clove. The Galaxy S III Mini will cost £249 if you’re buying from Clove, but after VAT, that price is bumped up to £298.80. That’s pricing for a SIM-free version too, which isn’t all that bad.

Of course, you’re not getting the fancy specs of the regular Galaxy S III with the S III Mini, but for a mid-range phone, the Mini isn’t too bad. It comes with a 1GHz dual-core processor and 1GB of RAM, and while the amount of RAM is standard for most phones, the processor is a little on the underwhelming side. The Galaxy S III Mini features a 4-inch Super AMOLED WVGA display compared to the Galaxy S III’s 4.8-inch screen, but the decreased screen size shouldn’t come as a shock to most, considering the device has “Mini” in its name.

The downgrades don’t stop there though, as the Mini features a 5MP camera whereas the regular S III has an 8MP rear shooter. The device is also missing support for 4G/LTE, so that may be a sour point with some consumers. Still, we’re getting Android 4.1 Jelly Bean in this package, which definitely isn’t anything to stick your nose up at.

It seems that the Galaxy S III Mini is priced appropriately considering the hardware you’re getting on the inside, and if you’re interested, you can order the blue or white variants from Clove right now. We’re still lacking any kind of release information, and pricing details for any other regions are being kept under wraps for the moment. We’ll update you when we hear more, so keep it tuned here to Android Community!