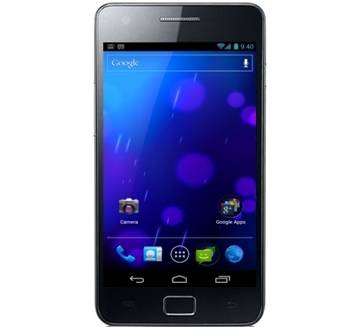 It should come as no surprise that Samsung is hard at work creating their next flagship device. With big hits like the Galaxy S II we can expect the III to be coming soon. After the beautiful leaked images Friday of the SGSIII we quickly learned they were fake — but that hasn’t stopped the rumor mills for what this next flagship device from Sammy may include. We are now starting to hear talk of 3D, more details below.

Some new rumors are supposedly confirming that the new Galaxy S device may in fact be called the Galaxy S 3D and launch with some mightily impressive specs. I wonder if they’ll call it the III-3 instead but we really don’t know at this point although the specs detailed below do sound very tasty — even if Ice Cream Sandwich is covered in that Touch Wiz stuff from Samsung.

According to these “rumors” the Galaxy S III will still rock a Super AMOLED HD display but also feature top of the line 3D effects and more. Giving them an upper-edge against some current 3D devices. Just when I started thinking this fad had seen its last day this comes out and ruins it. Yes choices are a good thing but I’m still not sold on the mobile 3D idea at this point. Maybe Samsung and AVATAR can change my mind with those pretty blue colors on an AMOLED HD panel.

Other details include a 1.5 or 2.0 GHz quad-core processor, 2GB of RAM, 32 and 64GB internal storage versions, LTE packages, and of course those 3D HD displays. Previous rumors from a highly untrusted source (4chan) suggested something even more crazy and rocking 12MP cameras too — but that last spec is still a possibility as Samsung has some of the best cameras in the world of Android.

For now lets chalk up all of this as purely rumors, although I can see many aspects coming to life next year. We are hearing a MWC 2012 reveal of the Galaxy S III so the wait isn’t long. Who would pay more for a 3D version of the Galaxy S II — or III?