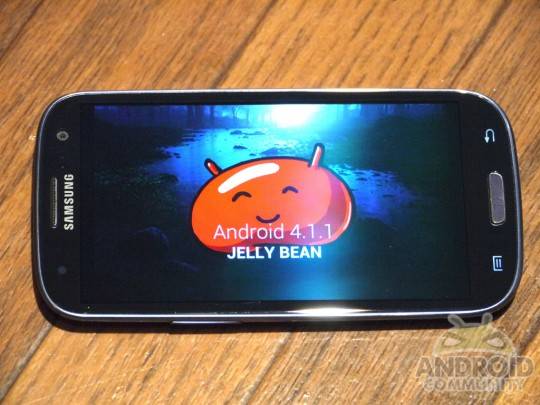 We’ve heard quite a bit of talk from the folks at Samsung regarding the Android 4.1 Jelly Bean update for their highly popular Galaxy S III smartphone. For those outside of the US the wait wasn’t so bad with them stating in late August it was coming soon, then it arrived in September for many in Europe. Today however we’re hearing the words “coming soon” only this time in regards to the US models.

We’ve been hearing chatter about early October for the US Galaxy S III flagship smartphones to get Android 4.1 Jelly Bean, and now that we’ve seen builds leak for AT&T’s, T-Mobile’s, and even Verizon — it’s safe to say things are extremely close. Today Samsung has issued another quick update although they don’t give any definitive dates, but they do have a new page we can go to and check for updates. You’ll want to check out this Samsung webpage.

Europe and other international models received Jelly Bean just a few weeks ago in late September, and soon here the US models will be enjoying the same buttery smooth treat. The support page linked to above doesn’t really tell us anything new, but at least we have a dedicated place to check for updates for the handset.

With more than 20 million Galaxy S III units already sold it only makes sense that they’re giving it such high priority. The Galaxy Note II has just started shipping in Europe and will be available in the US later this month — also with Android 4.1 Jelly Bean. The rollout for the US Galaxy S III smartphones is probably only a few weeks away at best. Although the Verizon SGSIII could be another story. Stay tuned for additional details!