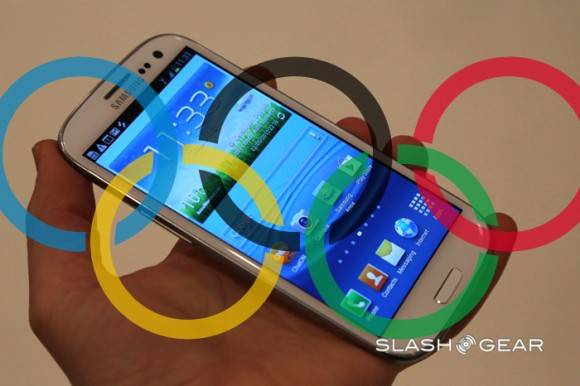 The awesome Samsung Galaxy S III has been named the official phone of the 2012 Summer Olympics. A special edition of the phone packing in Visa payWave NFC technology will be handed out to Visa sponsored athletes and testers for the event. The NFC tech will allow athletes and other testers to pay for things during the Olympics by scanning their smartphones.

To be able to use the Visa payWave technology the smartphones require a Visa app to be installed on the phone and an NFC equipped credit card terminal. Payments made using the smartphone app over the equivalent of $32 here in the US require a password to be entered into the app. Smaller payments require no password.

The thing that always bugs me about this sort of NFC payment requiring no password is that if you lose your phone, anyone can swipe it and pay since no signatures are required. The app gives the user a rundown of all transactions and the balance on the account. I’m not sure what I think about NFC payments at this point, what about you?