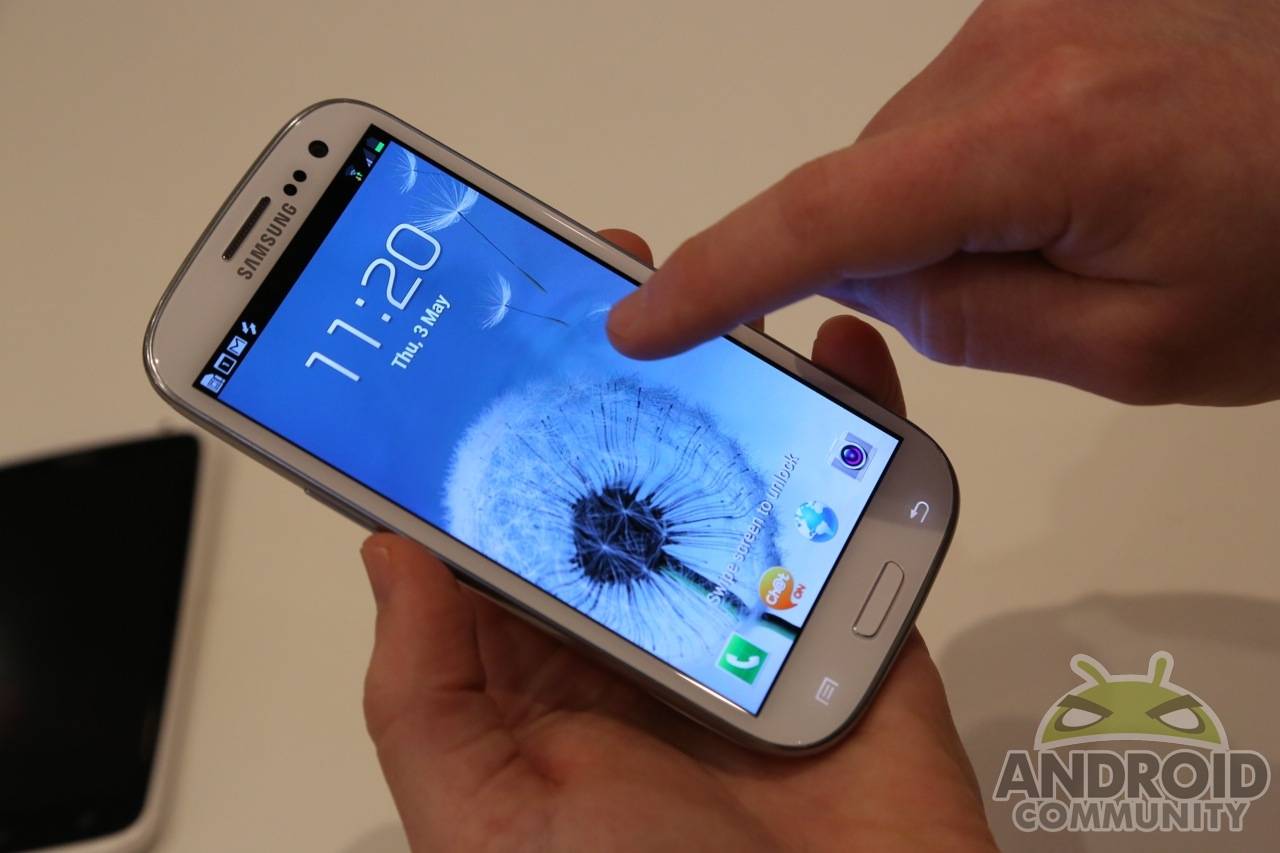 Expectations are high for the Samsung Galaxy S III, and from our hands-on playtime with the new Android flagship we’ve a feeling users will be pleased. Samsung may not have lived up to the pre-launch hype, but it has delivered a phone that improves on all areas of its predecessor: better screen, faster processor and more usable camera.

It’s a bigger phone than the Galaxy S II, but it doesn’t feel so huge thanks to slimmer bezels and curved edges. The plastics aren’t as high quality as the HTC One X, but neither are they quite as cheap feeling as before; the coated polycarbonate doesn’t quite live up to Samsung’s “it feels like ceramic” billing but it should help avoid too many scratches.

Performance from the modified Ice Cream Sandwich and new TouchWiz is slick and smooth, with no lag or slow-down observed on the Exynos quadcore. We’ll have to wait for full benchmarking for all the details, but the Galaxy S III could comfortably play an HD video in a floating box above a full webpage, with no impact on zooming or panning.

The new camera tweaks work well, particularly the burst photography mode. HTC’s One Series may have rapid capture too, but it lacks the Samsung’s useful automatic suggestion as to which it believes is the best shot. In our experience, we generally agreed with its selection. We had less time to play with the facial recognition linked to social networks in the gallery, though, without our own contacts and images loaded on the phone. According to Samsung, contacts will automatically be recognized and links to Google+ and Facebook floated on top of the frame.

Samsung’s Siri alternative, S-Voice, struggled in a busy briefing room. Much like Siri, it uses server-side processing to do natural voice recognition, opening apps and setting alarms. We managed to coax it into setting an alarm and telling us today’s weather, as well as doing basic searches, but otherwise it proved frustrated by ambient noise.

Overall, though, there’s plenty to like about the Galaxy S III. Samsung had a best-seller on its hands with its predecessor, and we’ve seen nothing to suggest that the Galaxy S III will be any different. Great speed, distinctive looks and a brilliant display that’s perfectly suited to multimedia add up to a fitting flagship.