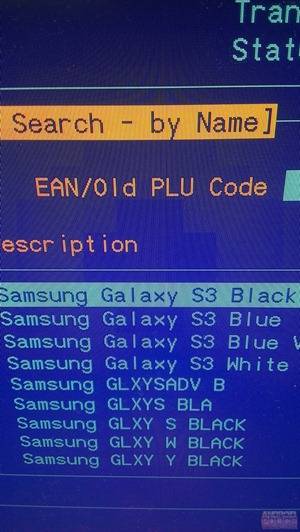 This week the folks at Samsung have caused a little disturbance for those who don’t like the current color options for the Galaxy S III smartphone. For some unknown reason Samsung decided against the traditional black color, and only have a Marble White, Pebble Blue, and Garnet Red flavor. However Samsung’s Facebook showed off a black model, and now retails could be confirming the news.

The Facebook photo linked to above clearly showed black during Samsung’s Olympics coverage. Many spotted a few screens showing either a black model, or a poorly photoshopped blue smartphone. However the image above, and now Carphone Warehouse’s inventory listing could prove otherwise.

Above is a screenshot from the online retailer Carphone Warehouse, clearly showing a Galaxy S III black color option. Now this could be old, but on initial launch their system only showed blue and white according to Android Police. This leads us to believe Samsung is set to start shipping black versions of the Galaxy S III. This also matches previous reports that “multiple” color options will be available this fall.

Pretty odd for people to get all fired up over the color of their smartphone, but I know many wanted the regular plain Jane black color option, and didn’t get it. If Samsung does plan to offer different colors, we expect them to make a formal announcement at IFA 2012 August 29 and on in Berlin, Germany. We’ll be their live too so stay tuned for all the details.