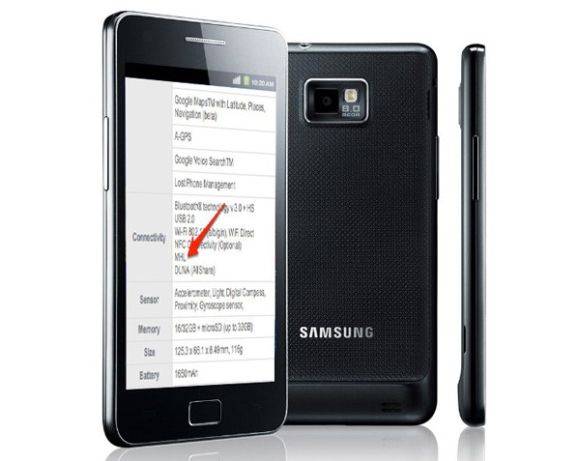 It’s stuff like this, Samsung… This is probably the most brilliant innovation in the past few years – the combining of cords. One example is here in the Samsung Galaxy S II (or Samsung Galaxy S 2, however you want to write it,) where an MHL port has been introduced. This port functions as both a microUSB and an HDMI port in one. It’s the size of a microUSB port, so if you’re just going to use that, you’re set. If you want to use HDMI for high-def playing of content from your device, you’ll just need a microSD to HDMI cord to plug.

What this will do is essentially nothing more than get rid of a port from your phone, making it much more lovely to look at. What’s next in the evolution toward singularity? The destruction of cords altogether. If it were economically sound, this could be done today, but because the evil cord lobby is still plotting world domination, we remain under its evil glare. We’ve got transfer of files via Bluetooth, over-the-air transmitting of images and video, and touch conducting charging of batteries.

What’s left? All we’ve got to do to move forward is gather up all the cords and put them in a big pile. Once they’re all piled up, we’re going to have to get some hot-burning gasoline, because this pyre is going to need to burn some very evil stuff. On the other hand, we’d need a new planet then as the chemicals blasted into the air would erase time and space.