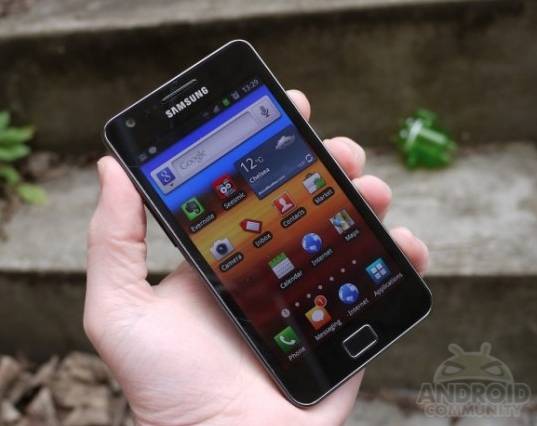 We’ve been getting mixed signals and reports regarding Samsung’s still extremely popular yet aging Galaxy S II smartphone. While they’ve been quick with updates to Android 4.0 Ice Cream Sandwich and beyond, the Galaxy S II is still waiting to enjoy 4.1 Jelly Bean, Google Now, and everything else we love about the latest version of Android. However it looks like the rollout is back on track for Samsung.

Back in December the Android 4.1 Jelly Bean update for the original Galaxy S II was delayed until earlier this year, with reports stating it would arrive in February. Late last month Samsung initiated the update for their international Galaxy S II in a select few countries, but quickly pulled the plug on that update. Today we’re happy to report it’s back and ready to rock.

Reports are flowing in that the international Samsung Galaxy S II (the one with the home button) has started getting the update to Android 4.1.2 Jelly Bean in multiple countries. The update has initially started in Singapore and other parts of Asia, as well as rolling out in Spain according to multiple sources. Things are slowly but surely getting there for Samsung.

Android 4.1.2 Jelly Bean brings an improved experience across the board, Google Now voice integration, Project Butter, and improved expandable notifications to name a few. The update is not available over the air, and requires a PC and Samsung Kies. For now this is rolling out in phases so if you don’t see the update, check again as it should be available soon. We’re expecting other regions to get the update soon so stay tuned. We have no further details on the US models, but will report back when we know more.