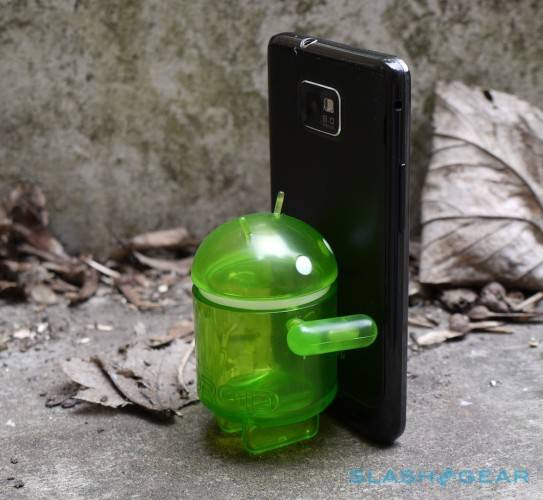 All you’ve gotta do is flash this thing down here and run SuperOneClick, and poof! It’s a root! Chainfire is a developer from over at XDA Developer Forums who’s about to go on a death-defying 10 day fast from dev work. Why, I do not know. What I do know is that before he left, he granted the world a lovely Kernel so that they may feast upon a rooted Galaxy S II. You’ll have to be one of the few lucky enough to already have one of these devices in your hands of course to have all the fun, but it’s nice to know it’ll be there for you once you’re part of the bigtime Samsung Galaxy S II party – and what a party it’s going to be!

This Kernel whipped up by Chainfire gave him a load of issues for one reason or another and he explains that it’s not a traditional or “proper” CF-Root. One of the reasons Chainfire has for this is that he’s like the majority of the rest of us, and also doesn’t actually have the device in hand! What he’s made this on is more than likely the early build of the phone released before the actual hardware is ready to take off across the whole world. What this project amounts to at the moment is the XWKDD kernel in “insecure” mode, this meaning that you’re going to be using “adb root” command followed by grabbing root shell using adb shell.

With this lovely shell you’re going to be able to remount / system read/write, push su / Superuser, busybox and everything else your box’o’root tools might contain. What Chainfire’s provided for you to use to get to this point is the XWKDD kernel and the new Odin. If you have NO IDEA what that means, it’s better that you just know that we’re well on our way to a completely free and open playground in an ultimate bigtime phone that isn’t even really released yet! Hooray! Check out the full XDA thread over here for full details.

Also don’t forget to check out our good man Chris Davies’ full review of this lovely phone, complete with the cutest transparent Android companion as helper!