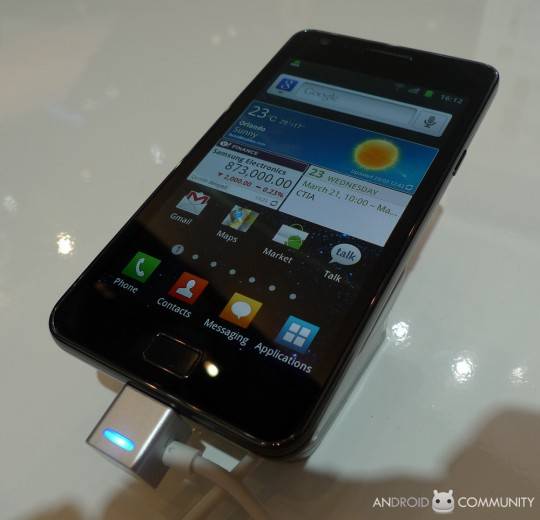 We mentioned yesterday that the pre-orders for the Samsung Galaxy S II have hit 3 million. That is a bunch of pre-orders and clearly Android fans are looking forward to the smartphone. The S II went on sale in Korea last Sunday and if you are in the UK, the good news is that you can get your own S II very soon. Orange in the UK has the Galaxy S II on its coming soon page. That’s not as good as available now, but it’s a start.

We still don’t know exactly when the S II will hit the network to purchase, but it shouldn’t be too long with the phone already in stores in Korea. You will be able to land the smartphone on the Orange network free with certain plans. This should prove to be one of the more popular handsets on many networks. It is certainly feature packed with some great specifications that will allow the phone to do just about anything you want it too.

The smartphone runs Android 2.3 and uses the Samsung TouchWiz UI. The downside is that custom UIs may lead to OS update delays. The phone has a 4.3-inch Super AMOLED screen covered with tough Gorilla Glass to prevent cracks and scratches. The camera on the rear of the smartphone is a 8MP unit and it will record full HD video. The smartphone boasts 1GB of RAM and the processor is a 1.2GHz dual-core unit.