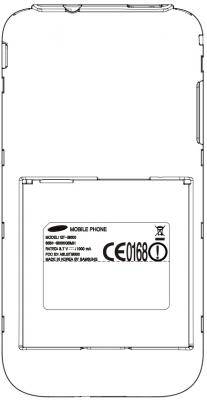 This is good news and bad news. The Galaxy S is one of the most powerful Android handsets to be released in the near future. It will most likely be the phone to have for gaming, as it stands it has the best GPU out of all the current Androids and every other handset. Time for the bad news, it passed through the FCC with AT&T 3G bands.

This device features an AMOLED display with 800 x 480 resolution, 1GHz processor, 5 megapixel rear-facing camera with support for 720p HD video recording at 30fps, front-facing VGA camera, Swype keyboard, HSDPA connectivity, GPS, Bluetooth 2.1+EDR, Wi-Fi, microSD expansion (16GB included, up to 32GB supported), and Android 2.1. The main highlight is the Hummingbird GPU that is capable of producing graphics that can rival those found on an XBOX 360 PS3.

We all would love to see this thing come stateside but for any carrier other than AT&T. They have a track record of locking down their Android devices and replacing some of Google’s apps with their own bloatware. Hopefully they will leave this device as is, most likely they are going to mess this device up also.