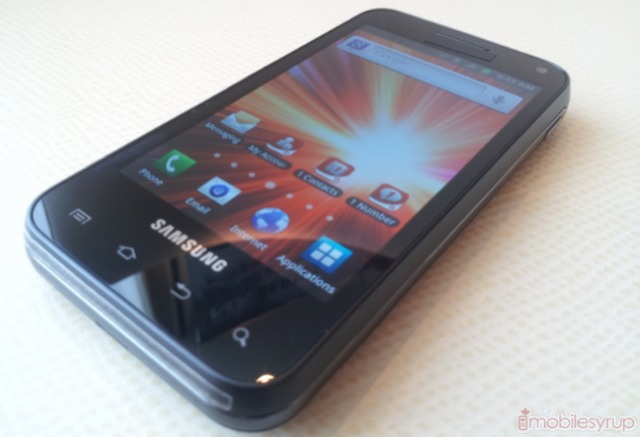 I know there is still a huge market for QWERTY slider smartphones these days, and for someone waiting for a powerhouse slider this may be exactly what you’ve been waiting for. Sadly for now this is only known to be headed to Rogers Canada but it sounds impressive and we have all the details. It may not be named a Galaxy S “II” but don’t let that fool you.

Shown in the image below the Glide features an impressive 4 row slide-out QWERTY keyboard with big and well spaced keys, as well as dedicated home, menu, back, and search buttons on the outer edges. We mentioned this is titled with the Galaxy S name and it appears Samsung chose not to call this a Galaxy S II phone but we aren’t fully clear why. 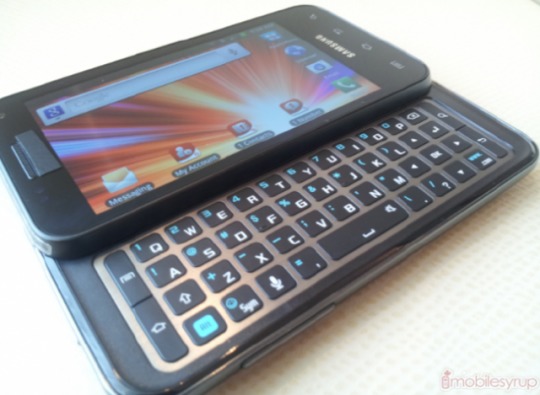 They may have left off the II in the name but they didn’t forget that second processing core. We have an unknown 1.2 GHz dual-core processor, a 4.0″ AMOLED display (no 4.3 or 4.5″ here), as well as that spacious 4 row keyboard, an 8 MP camera on the rear with LED flash and a 1.3 MP camera around the front for those partaking in video chat. Running on the latest Android 2.3 Gingerbread and powered by Samsung’s Touch Wiz UX this looks to be a great well rounded phone.

No pricing was given by Samsung or Rogers but it should be available on the Canadian carrier just in time for the Holidays.