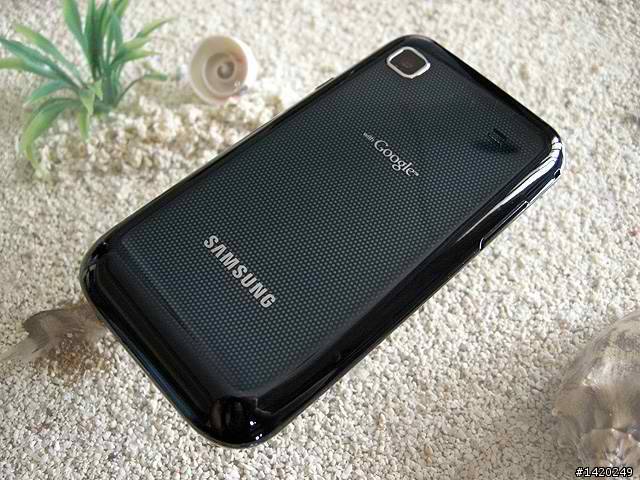 Before we get to the good stuff, I would like to point out the “with Google” branding on the back of the device. In the beginning Google said this branding was just for vanilla Android devices. It seems as though they’ve changed their tone not only as far as the Google Phone Store is involved but support for handsets with custom UI’s. Now to the business at hand, the Galaxy S has been benchmarked using various different tools and it performed extremely well. 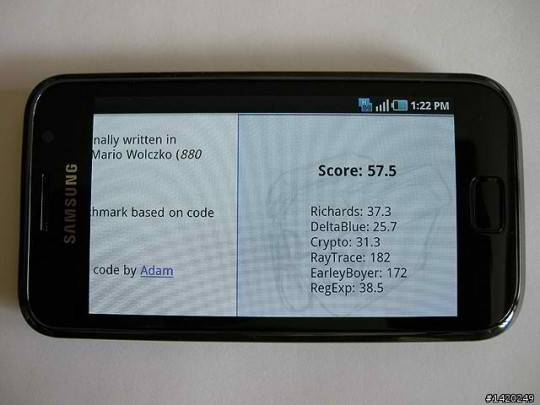 We’re going to start with Google’s V8 benchmark test to kick things off. This test benchmarks a devices JavaScript performance, mainly while web browsing. Keep in mind that these test are being compared to a Nexus One running the same version of Android 2.1 as the Galaxy S. the N1 V8 benchmark score was 63.5 whereas, the Galaxy S posted a 57.5. 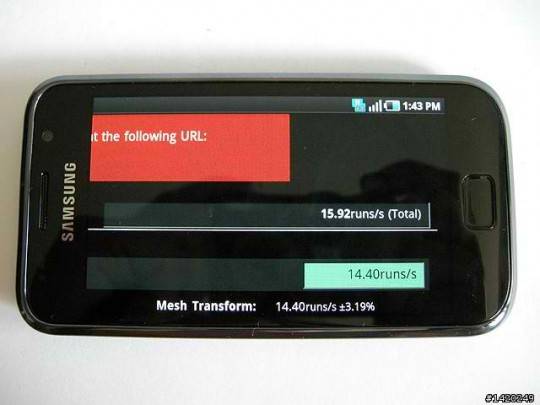 The next benchmark test is the Dromaeo benchmarking, this is another test of JavaScript performance. But it differs from Google’s V8 because it takes into account the graphics processing also. The Galaxy S had a higher score than the N1 in this area as expected but just slightly. The Galaxy S posted a 15.92 and the N1 put up a 15.5. 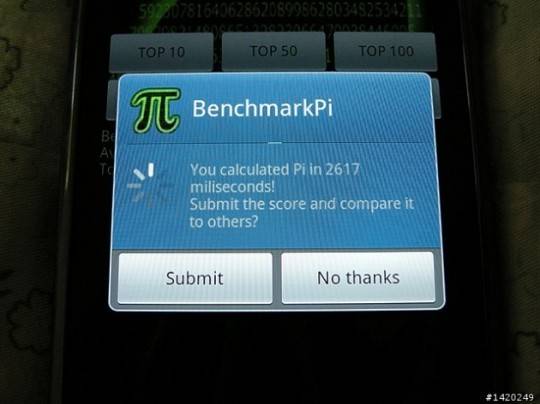 The next test was performed with benchmark pi, this tool calculates brute CPU speed. Since both devices are packing a 1 GHZ CPU you would think these numbers would be similar. Well, your wrong, but the Galaxy S beat the Nexus by almost a hundred points. The Galaxy S posted a respectable 2617 and the N1 posted a 3524. 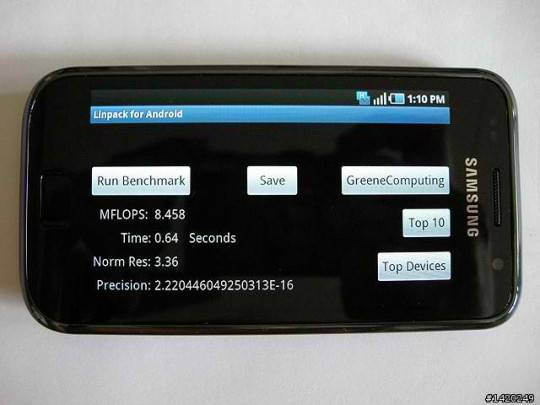 Most of us are familiar with the last two benchmark tests. Linpack scores are next up to the plate. We’ve seen how 2.2 impacted the Nexus bring it from mid 7’s to mid 45’s in some cases. The Linpack Score is mostly generated by the performance of the CPU and how it handles some of the interactions with the Dalvik VM in Android. As mentioned earlier the N1 posted scores in the mid 7’s while the Galaxy S posted mid 8’s. 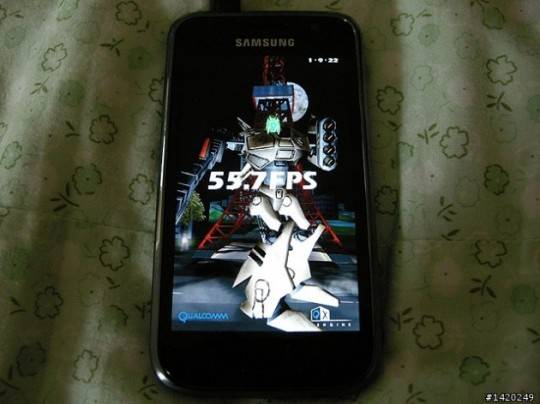 The biggest win for the Galaxy S came in the form of the Neo Core Benchmark test. This test basically outputs the FPS and is mostly dependant on the devices GPU. I fully expected the Galaxy S to take this one but not this big of a margin. In this test the N1 running 2.2 was put up against the 2.1 Galaxy S. the Nexus on 2.2 performs at almost 29 FPS while the Galaxy S with it now famed “hummingbird” GPU posted a score of almost 56 FPS. That’s close to double the performance of a Nexus powered by Froyo. I’ve never seen a mobile phone post these type of numbers.

In conclusion, the Galaxy S is an awesome device that continues to impress. If you’re into mobile gaming, this handset can fulfill even hardcore gamers expectations.