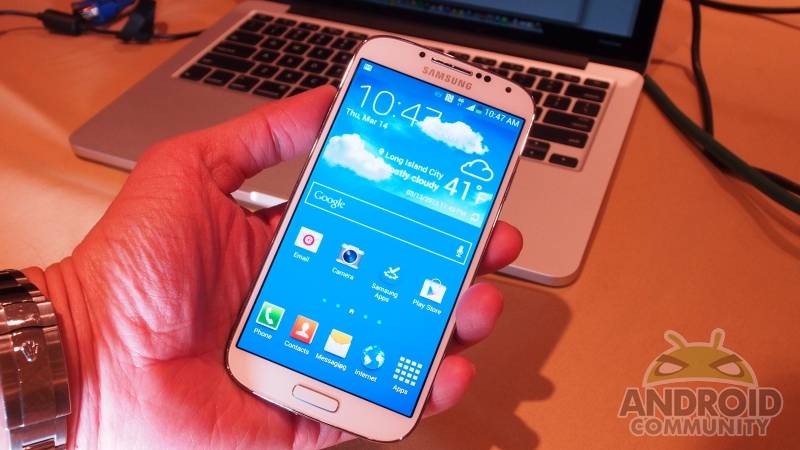 There’s no doubt that the Samsung GALAXY S 4 is the most highly anticipated phones of the year, but how does it compare to the other phones on the market? Primate Labs decided to answer that question by performing a series of benchmarks. They benchmarked the Samsung Galaxy S 4, HTC One, LG Nexus 4, Samsung Galaxy S III (international and United States versions), Blackberry Z10, and of course the iPhone 5.

Primate Labs used the Geekbench 2 app to do the benchmarking. The results stated the obvious that the Samsung GALAXY S 4 would be the best out of the competition. It scored a 3163 on its benchmarks. Coming in second place is HTC’s flagship phone, the HTC One with a score of 2687. LG’s Nexus 4 follows in 3rd place with a still impressive 2040 score. 4th place belongs to the international version of the S III, with a score of 1717. What’s surprising is the iPhone 5 actually came in at 5th place (pretty ironic), with a score of 1596, nearly half the score of the S 4. The Blackberry Z10 comes in at 1480, and the U.S. version of the S III comes in last with 1410. 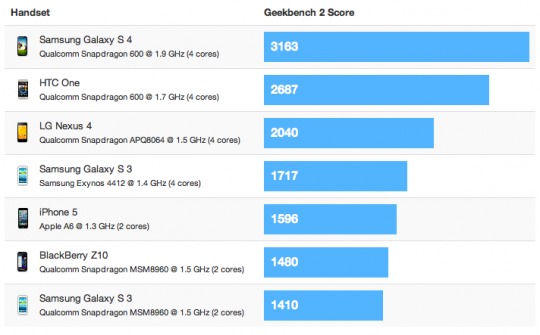 Smartphones have come a very long way. It’s only been a year, but the Samsung GALAXY S 4’s score is more than twice that of the U.S. Samsung Galaxy S III. It also shows how much technology has advanced since the first Geekbench score of 130 on the original iPhone. The Samsung GALAXY S 4 is expected to roll out to several markets by the end of April. It features great specs like a 5-inch Full HD display, and a 1.9GHz quad-core Snapdragon 600 processor. While the specs are amazing, most of its strengths lie in its improved software.