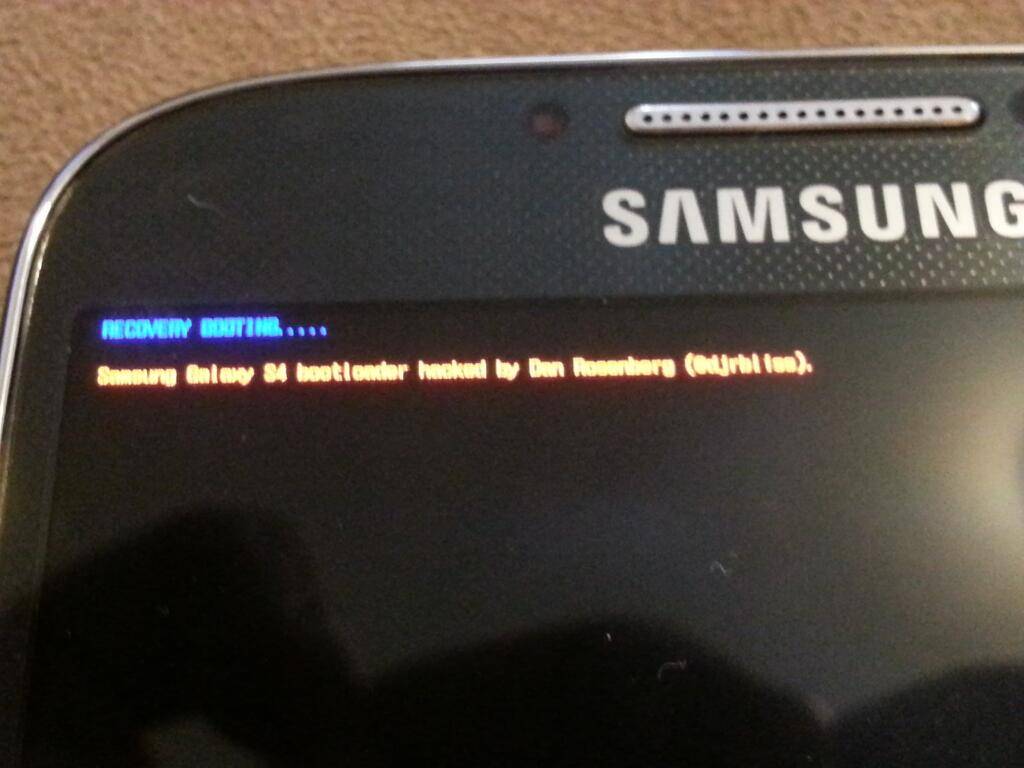 Well, that was fast. Thanks to those awesome developers we all love, the AT&T GALAXY S 4 bootloader has been hacked already. It was reported yesterday that the device was locked down tight, which was bad news and something Samsung usually doesn’t do, but now it has already been exploited.

Bad news arrived this week when popular Android developer Steve Kondik confirmed our fears, and that that S4 from AT&T was locked down tight. Which also means we can expect the same, or worse, from Verizon when they eventually release the smartphone at the end of May.

Thankfully the popular Android modder and hacker Dan Rosenberg, who’s popular in the Motorola department went to work on the GALAXY S 4 and already came back victorious. As usual he took to his Twitter account to report the news, stating that he’d already cracked this little lockdown. High five! The photo above confirms the reports.

Dan further explains that this hack will work on all locked versions of the device, which is certainly excellent news for those looking to pickup and mod their shiny new GALAXY S 4. However, at this time we aren’t sure exactly when the details on the unlock method will be released. We’ve heard he might be keeping it a secret until after Verizon drops their GALAXY S 4, in hopes that the method doesn’t get patched before a retail launch.

Usually these methods get released fairly quick for the developer community to enjoy, so we’ll have to wait and see what happens. Stay tuned and get excited folks. CyanogenMod might just support it after all. – Thanks to all who sent this in!