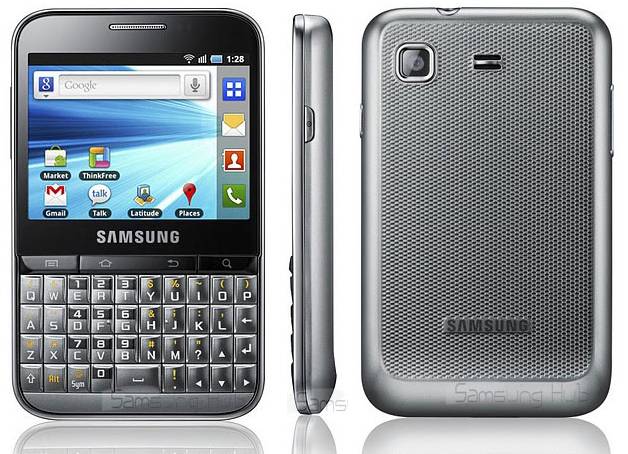 Samsung has outed its latest Galaxy family smartphone, though this time it’s half touchscreen and half physical keyboard. The Samsung Galaxy Pro has a 2.8-inch touchscreen above a QWERTY ‘board, running Android 2.2 Froyo on an 800MHz processor.

Around the back there’s a 3-megapixel camera, while inside there’s confirmed WiFi (but presumably Bluetooth and GPS as well). Samsung has installed what looks to be a tweaked version of TouchWiz, and the Galaxy Pro will apparently also have the Social Hub Premium pre-loaded.

No word on pricing or specific availability, though we already know at least one carrier readying to offer the Galaxy Pro. UK network Three says the smartphone is “coming soon” and offers the following video to tide you over.