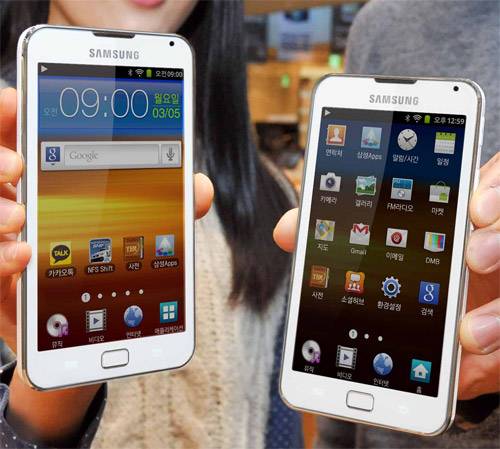 Another day, another Android announcement from Samsung. This time it’s another entry in their Galaxy Player line of connected personal media players, now in its third generation. To Compliment the Galaxy S WiFi 4.2, they’re bringing out the Galaxy Player 70, a 5.0-inch refresh of their somewhat more accurately named Galaxy Player 5.0 from last year. The biggest upgrade is a dual-core 1Ghz processor, which makes it the first device in the “media player” category wit a dual-core chip.

Otherwise, the device is a lot like its previous incarnation: 5.0 inches of LCD, probably using the familiar 800×480 resolution. 16 and 32 GB versions will be made available, both of which can be further expanded with a MicroSD card. The rather disappointing camera from previous versions has been upgraded to 5 megapixels – not quite as good as most high-end smartphones, but much more effective than the 3.2MP version on previous hardware. The software is indisputably (sigh) Android 2.3 Gingerbread with a TouchWiz topping. Full access to Google apps and the Android Market is included.

Currently the device is only set for release in South Korea, where the 16 and 32GB versions will sell for 399,000 win and 469,000 won. That’s about $350 and $420 US dollars, respectively. It’s possible that the Galaxy Player 70 Plus could spread to other markets (perhaps as the Galaxy Player 5.0 Plus) but there’s no guarantee – by all accounts, the line hasn’t been a hit outside of Samsung’s home country.