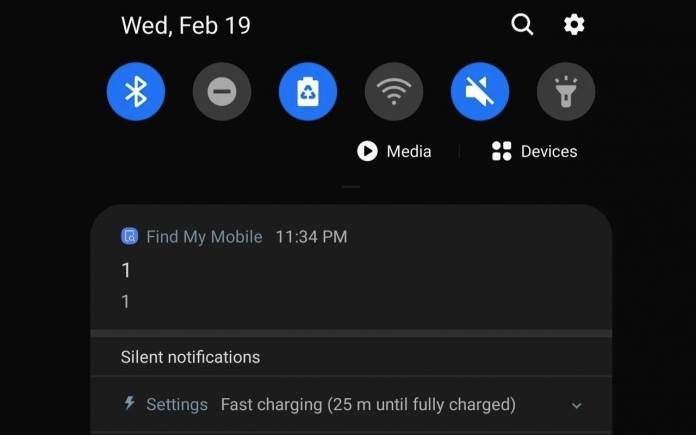 We’re not sure what has happened but Samsung is reportedly, by mistake, sending out ‘Find My Mobile’ notifications to some Galaxy phone owners. It’s a hot topic now on Reddit with phone owners sharing their complaints. A number of Galaxy device users have been receiving messages from the Find My Mobile feature when they’re not using it. The reddit thread already has over 500 comments which means it happened to a lot of people. It’s not just in the United States but in many parts of the world.

Samsung has not made an official explanation but Samsung UK already confirmed the push notification was set out to a limited set of devices. By limited, it means not all units but number could reach hundreds to thousands and even millions.

The notification was sent out erroneously during an internal test. Samsung assured the consumers there is no effect on any phone. No Galaxy phone has been compromised.

The Find My Mobile notification only shows the number 1 twice. It was a test to prove Galaxy phones are working. That is a sigh of relief. It means the phones are safe and are not being hacked at all. Many people fear their smartphones are being hacked but there are some who even said their units were even on airplane mode.