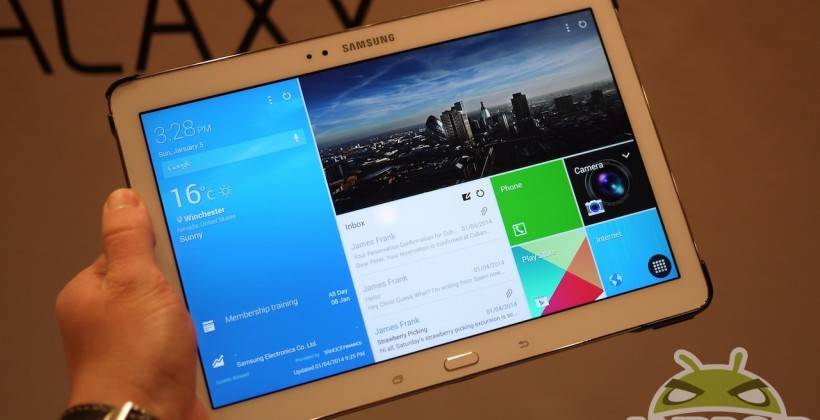 Samsung announced the Galaxy NotePRO 12.2 during CES. And as we often see with these types of announcements, there was a product demo, but nothing in terms of pricing or an availability date. Well, while we have yet to see global release details, the tablet has turned up for pre-order in the UK.

The Galaxy NotePRO 12.2 is available direct from Samsung and it is sitting priced at £649. We know that price translations do not always prove accurate when moving from market to market, however that would be roughly $790 in terms of US dollars. Samsung has the Galaxy NotePro 12.2 available in white or black, and for now, we are looking at WiFi in terms of connectivity.

The tablet is “scheduled” to begin shipping on February 4th, and those who move forward with a pre-order will get a bonus. Samsung is including a Gamepad with the tablet. In terms of specs, the Galaxy NotePRO is sporting a 12.2-inch display with a resolution of 2560 x 1600.

The tablet is then powered by an Exynos 5 octa-core processor that breaks down as a quad-core 1.9GHz and a quad-core 1.3GHz. There is also 3GB of RAM, 32 or 64GB of internal storage, 9500 mAh battery, 2 megapixel front-facing camera, 8 megapixel rear-facing camera and the S Pen.

We did manage to spend a bit of hands-on time with the Galaxy NotePRO shortly after it was announced at CES and sitting below is a hands-on video offering a look at the device.