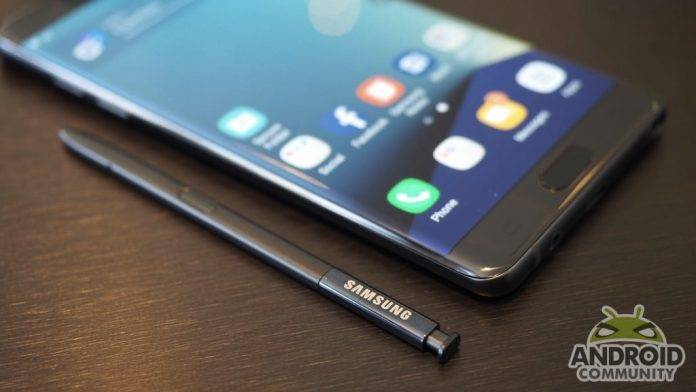 Samsung may be facing quite a huge challenge right now but it’s not unfazed. The South Korean tech giant has been honest and brave enough in admitting there’s been an error in production and that some units are defective. By some we mean about 2.5 millions Note 7s worldwide. A recall and exchange program has been announced already but not everyone has gotten their replacements yet.

We know Samsung is already working on the Galaxy S8 and other mid-range phones. There’s another rumor that says a new Note Pen is in the works. This is different from the S-Pen as a patent application was sighted at the U.S. Patent & Trademark Office (USPTO). What’s interesting about this stylus is that it’s named as the ‘Galaxy Note Pen’. It’s only a stylus but not being called an S-Pen means one thing. It’s possible that the Note Pen will be an exclusive Note offering.

This Note Pen is believed to come with a speaker system. Now that’s also something because the S-Pen is very ordinary. The old S-Pen is only a stylus while the Note Pen could be a stylus-speaker in one. Audio quality isn’t that impressive but good enough for mobile use. The speaker can be found on the shaft of the stylus.

Nothing much to say about this upcoming tech but the patent file shows a pen with a speaker module on top. It appears to be removable so we’re guessing it can also be wireless or Bluetooth-enabled. This could also replace the speaker grille that’s mainly where the sounds are let out. Patent was filed way back in March 2016 so we’re guessing the technology may be used for devices due next year.