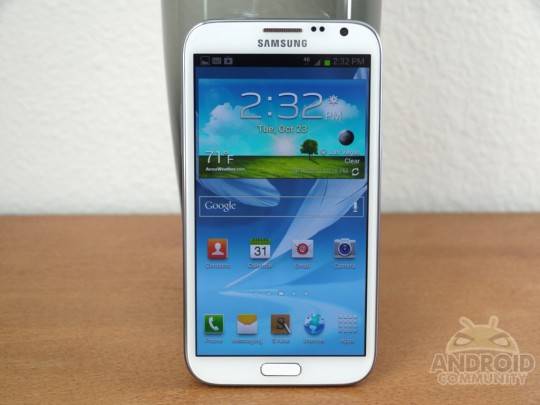 The reports and rumors surrounding Samsung’s upcoming Galaxy Note III have been appearing by the handful, but we’re starting to get a few repeat rumors that could lead to the real thing. The screen size is still up in the air, but multiple sources have “confirmed” 5.99-inches will indeed be what Samsung offers. And now we’re hearing it will be an unbreakable plastic display, not glass.

This isn’t the first time we’ve heard that screen size, or of unbreakable displays from Samsung. Getting them both in the same rumor however is where this gets interesting. Samsung’s 5.5-inch Note II getting a slight increase to 5.99 instead of previously reported 6.3-inches sounds more realistic. Then improve the design and offer an unbreakable OLED display – sign me up!

According to SamMobile that’s exactly what we could be seeing in August for IFA 2013, with a release set for early Q4 of 2013. Just like the previous Note II last year. The OLED plastic display will be extremely lightweight, but also much thinner which will provide space for an even bigger battery. Then of course it won’t break when dropped.

The issue here is durability and resilience to scratches. If my screen doesn’t break but gets scratched like no other from daily use, keys, and of course that S-Pen stylus then we won’t be happy. Most likely Samsung has a way around both of those issues as the Note III will undoubtedly come with the S-Pen. So far this is just a rumor but one that makes perfect sense, especially as screen sizes continue to increase.

Thoughts on a plastic display?