Samsung’s Unpacked event in Germany is coming up quick on September 4th, but the reports and rumors surrounding their new flagship phablet haven’t slowed down. The Galaxy Note III is set to be the star of the show and dominate the market of bigger than usual devices, and today we’ve just learned our first concrete info for a possible release date.

Samsung will be unveiling the Galaxy Note III and Galaxy Gear smartwatch on September 4th at an event in Germany as they get ready for IFA in Berlin. We’ve heard a few reports of pre-orders going up right away with a mid September release date, but now a more realistic September 27th target has been revealed.

The usually accurate ePrice is stating that the giant Samsung device will officially become available in Taiwan starting September 27th, and pre-orders will open on on the 16th of September. This is subject to change, but we’ve seen them report rather accurate dates in the past. It looks like before the end of the month this massive 5.68-inch HD device could be in our hands. 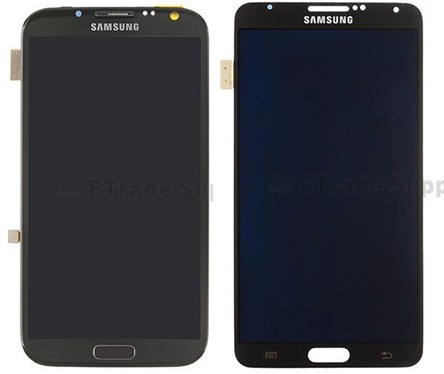 Above is a recently leaked front panel image, similar to what we saw yesterday, only this compares the new Note III to the older Note II. You can see a slight redesign on the rounded corners, as well as a bigger display in a thinner bezel. We’re still not sure if this will be the final design, but they appear to think so.

Of course, stay tuned as we’ll be live in Berlin for all the pictures and video you can handle. We’re hoping a late September or early October release across all US carriers.