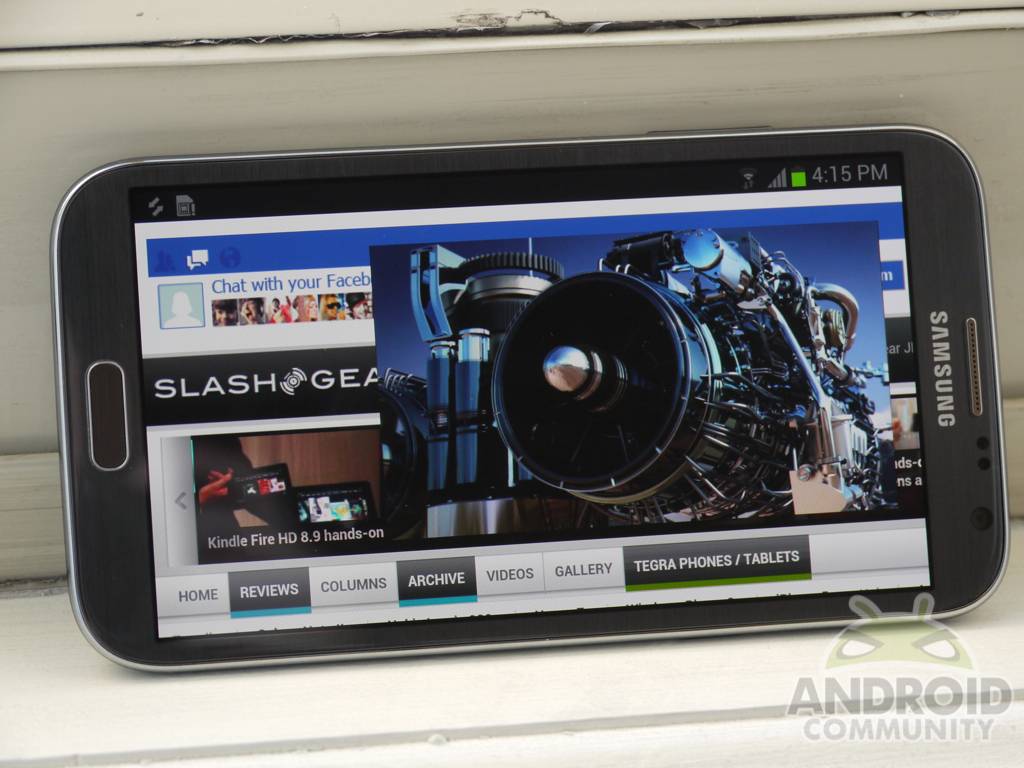 When Samsung announced their new Galaxy Note II many were excited to see that massive screen, us included. While the original Note phablet seemed too large originally, it sold extremely well (over 10 million) and the Note II is everything it was and more. We’ve had a change to enjoy another round of hands-on time with the new Note II from Samsung, so decided to capture some of the new features of that S-Pen stylus.

Obviously one of the many selling points of the Galaxy Note and the new Note II is the S-Pen stylus for all that content creation. Being able to take screenshots, draw notes and pictures, and interact with a device in a way we never have before. With the Note hardware and the Galaxy S III software, Samsung has combined all their efforts into the Note II to be the ultimate device. With Android 4.1 Jelly Bean they’ve enhanced many of the Note and Galaxy S III features and blend them together to make the Note II even more powerful.

The video below is a quick hands-on demo by Samsung showing a few of the many ways the S-Pen makes the Note II unique from anything else available. With their new Airview UI the S-Pen actually will be recognized by that 5.5-inch display. Once you get a few millimeters from the screen a mouse-pointer appears giving you absolute control and precision. From here it acts as a mouse and can show you email alerts with pop-ups, calender details without clicking, and many other neat features. The video below will demonstrate A few new additions with the Note II.

As you could see from the video above the Note II now recognizes once the S-Pen is removed, and it will even notice if you walk off without it. This means you’ll never leave the S-Pen stylus behind. Simply start walking away and the movement will trigger a check — presenting the screen you see below. Then all the Airview features are quite neat. Right? 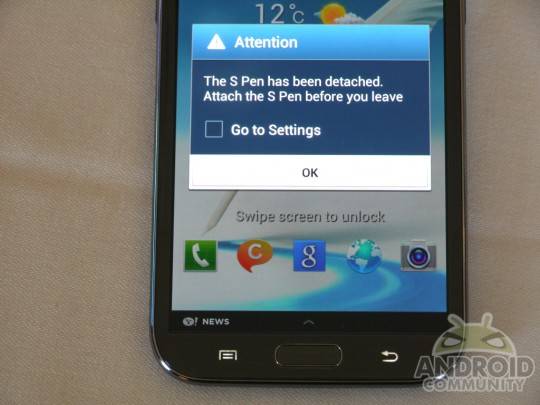 As you saw at about the 1 minute mark the S-Pen is recognized and while hovering over the video timeline you see a live preview without even touching the screen, then just tap to move to that part of the video. It’s the little things here folks, the little things. Then the picture-in-picture mode (which we first saw on the Galaxy S III) has been improved with easy resizing options, and even quick pause/play without ever leaving the screen. That way you can pause the video, keep browsing the web or checking an email, then resume once you feel ready all without ever leaving what you’re doing.

Samsung’s new Galaxy Note II has tons of options available that are tailored around the S-Pen. Being able to quickly and easily do so many things is what will truly set this apart from the competition. Well that and the 5.5-inch HD Super AMOLED display, quad-core processor, Android 4.1 Jelly Bean, and super-thin design. For all of our Galaxy Note II coverage including additional hands-on pictures and videos be sure and take a peek at the timeline of links below.