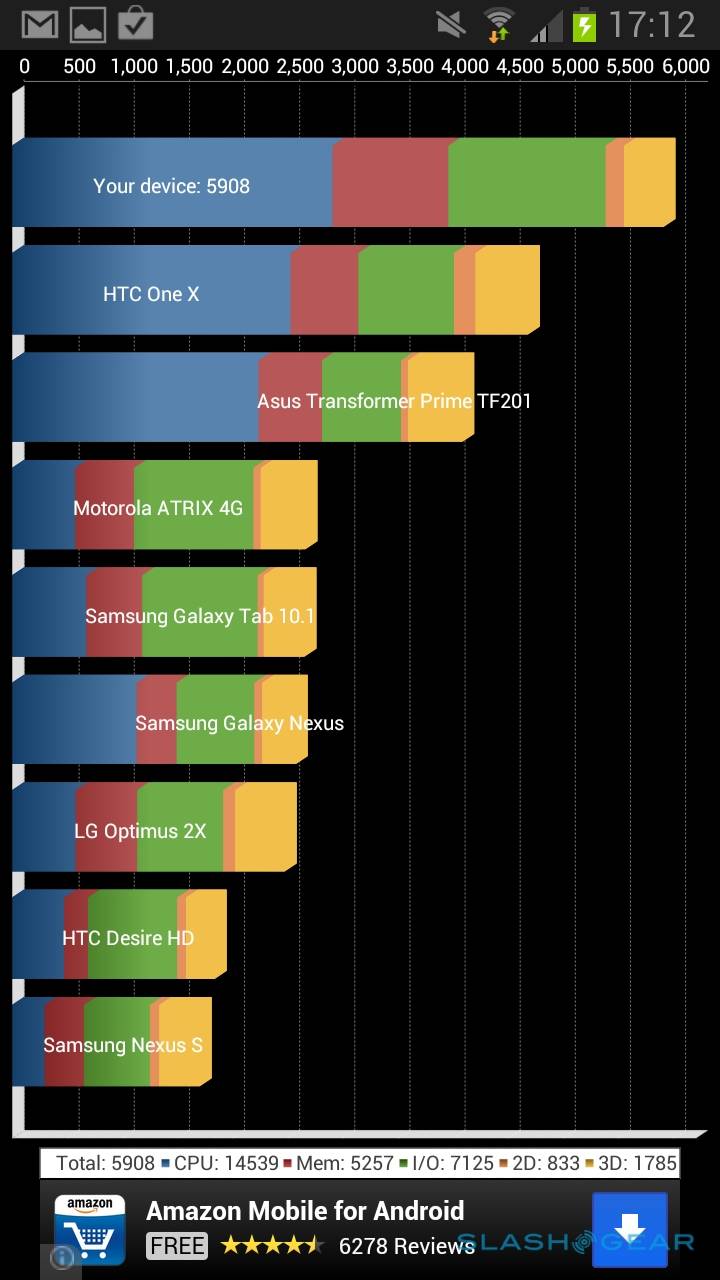 The Samsung Galaxy Note II has officially arrived ladies and gentlemen, and after the surprise success of the first Galaxy Note, we’re expecting Samsung to knock it out of the park with this latest iteration. Chris Davies has written up his full review of the device over at SlashGear, leaving no stone unturned in the process. You’ll have to head over there to check out the entire rundown of pros and cons, but we’ll also be covering some of the biggest talking points here. Let’s jump into it, shall we?

First up is the look and size of the device. The Galaxy Note II looks more like its Galaxy S III cousin this time around, so much so that you’d be forgiven if you thought the Note II was just a jumbo-sized version of the S III at first glance. The HD Super AMOLED screen is even bigger with this new version (5.5-inches compared to the original Note’s 5.3-inches), and though it is a bit heavier than the original Note, it’s also a little thinner. Interestingly, Samsung has brought the resolution down from 1280×800 to 1280×720, despite the fact that the Note II features a larger screen. That isn’t a bad thing, however, as it means the Note II will play nice with 720p apps, and we’re pleased to report that the screen itself is rich and vibrant. 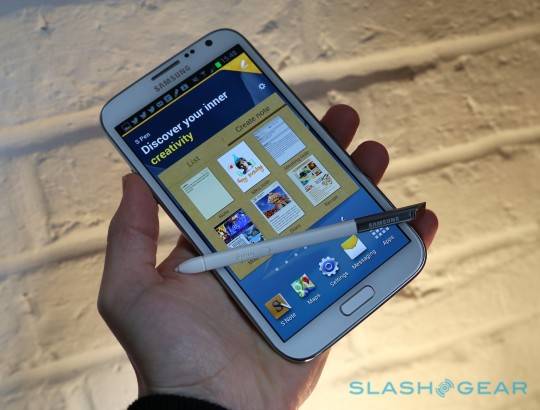 Also worth noting is the Exynos quad-core processor clocked at 1.6GHz, which is working in tandem with 2GB of RAM. As you might have already guessed, those mean that the Galaxy Note II is capable of running smooth and lag-free, and sure enough, the benchmark tests give some really great results. For instance, the Note II was given a score of 5908 in Quadrant, which isn’t a score to stick your nose up at. In short, you’ve got some power under the hood with the Galaxy Note II. 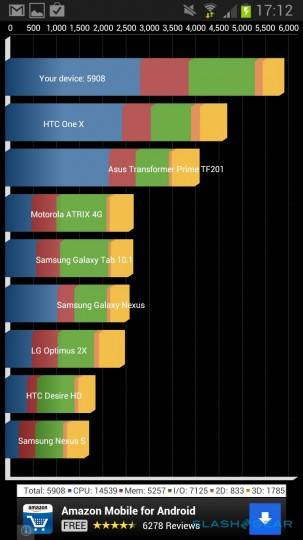 With all that being said, you’re probably thinking that battery life is pretty miserable with the Note II. You’d be wrong, though, because even after a full day of heavy use, the Note II’s beefy 3,100mAh battery was still chugging along with power to spare. Even better is the fact that the battery is easily removable, so you can swap it out for a different one if you’d like. On the back, we’ve got a 8MP camera, the same as the Galaxy S III, and even though we would have preferred seeing the Galaxy Note II touting a few more megapixels, the camera is still capable of taking some great looking pictures. 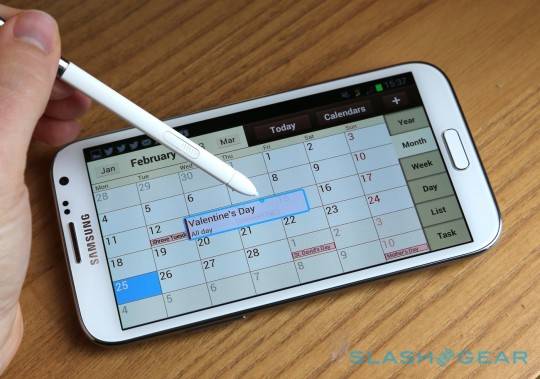 The S Pen has also been given an upgrade, getting a little bit bigger in size with this latest release. The tip is better suited for delicate screens, and naturally, it works well with the Note II’s vast array of software. The Note II comes packing features like handwriting recognition, S Voice, and – perhaps most importantly – Android 4.1 Jelly Bean, so you’re getting an up-to-date version of the Android OS with this device. Have a look at SlashGear’s Galaxy Note II software overview below to get a better idea of the features that come included with the handset.

As if you couldn’t already figure it out, the Galaxy Note II is a great device, provided you can get over the larger-than-normal display. If you can, then you’ll have one of the best Android devices currently available on your hands. Samsung has managed to pack a ton of useful functionality into one really beautiful (if not intimidatingly large) device, so you really can’t go wrong with the Galaxy Note II. Once again, be sure to read through SlashGear’s full review of the Galaxy Note II to hear much more about how great the device is!