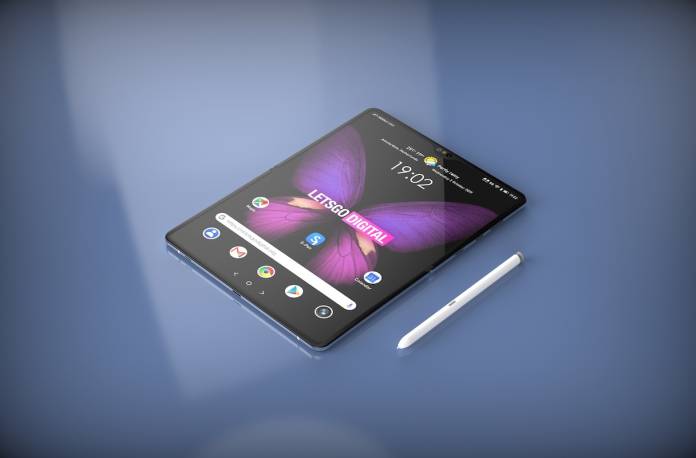 The Samsung Galaxy Fold has been relaunched a few weeks ago finally and again…so far, so good. So far, we haven’t heard any major problems. We heard someone getting a mysterious blob on the screen. An early durability test by JerryRigEverything revealed the foldable phone’s structure is impressive. The screen easily scratches so it needs TLC. Another durability test that involved thousand of folding and unfolding showed us the Samsung foldable device is actually good enough to last 120,000 folds which is a lot.

LetsGoDigital is at it again with a new set of rendered concept images of the future Galaxy Fold–the Samsung Galaxy Note Fold with S-Pen. This time, it’s more of a Galaxy Note with a flexible display. It is a Note because the idea is to have an S-Pen stylus. This isn’t the first time we heard of the possibility because there was also an idea the Galaxy S and Note series will be integrated next year.

A patent was spotted describing a foldable phone with a stylus pen. The patent was filed at the United States Patent and Trademark Office (USPTO) back in April. The document was for a mysterious ‘Electronic device and method for processing gesture’. Details are scarce but the patent was published only recently August 15. 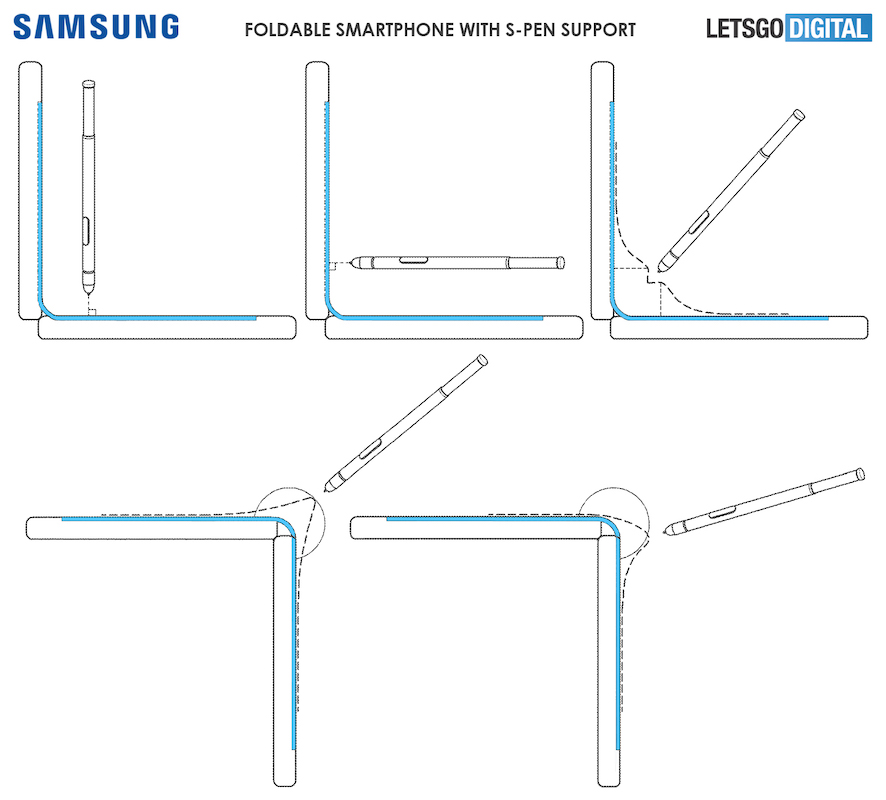 The same patent is now in the World Intellectual Property Office (WIPO). It’s a foldable phone with a flexible screen. It can’t be fully folded up to the rear. The novelty is more for the S Pen support even along the fold line. The challenge is to allow icons to be dragged from one side to another, passing through the centerfold.

A second-generation Galaxy Fold is in the works. We’re expecting it will be a major upgrade. One fold is already challenging to perfect so we don’t think a Z-fold design will be implemented yet. The display is said to be larger with 8-inches up from the 7.3-inch of the current Galaxy Fold.