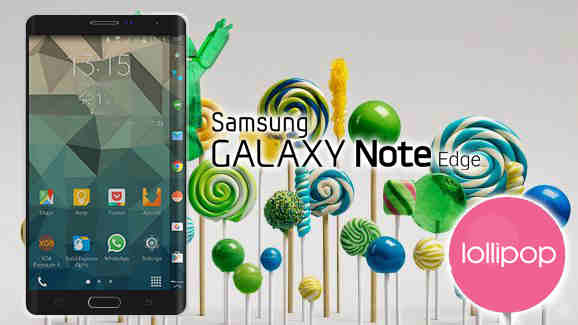 As they say (whoever they are), good things come to those who wait. For the owners of the Samsung Galaxy Note Edge, the wait for the Android 5.0 Lollipop has been fraught with anxiety (are we really going to get an update?), impatience (why aren’t we getting it yet?), and despair (we’re never going to get it are we?). But finally, the wait is over as the official announcement is here. Well, at least for those who are on T-Mobile, that is.

The carrier announced that they are starting with the rollout of the Lollipop update today. This means that over the next few days, Galaxy Note Edge owners will be receiving their Android 5.0.2 (sadly, not yet the latest 5.1.1) OTA update. But don’t panic if you haven’t received a notification yet, because, you should expect by now that rollouts of major updates takes a bit of time. Owners of the pioneering curved-screen smartphone who were on another carrier received the update almost a month ago, and so T-Mobile subscribers may feel that this is long, well at least a month, overdue.

The build for the update is dated April 23 and has an internal number N915TUVU1BOD7. You would need to have a little more space on your phablet as the size of the update is 1.84GB. So you better start deleting or backing up those pictures and videos if you don’t have that big of a free space anymore on your smartphone.

You will be able to grab the OTA update on Samsung Kies pretty soon. Then you’ll get to enjoy all the Lollipop goodness that other Android users have been enjoying on their devices like locked screen notifications, Material Design, better UI, etc.