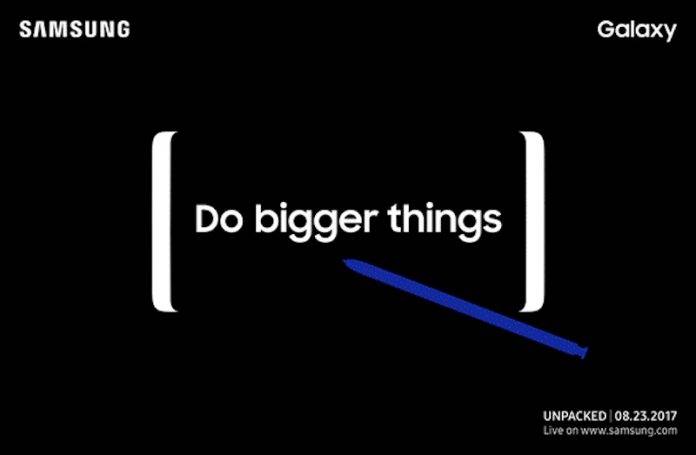 We all know that the announcement of the Samsung Galaxy Note 8 will be happening this August 23. We even know that the official release date will be on September 15, at least in the US and its native South Korea. But aren’t you curious about what will happen in between? And we’re pretty sure that something will probably happen while we wait. Well wonder no more, if you believe a new document that has been leaked, supposedly showing the sales roadmap for Samsung’s flagship phablet.

According to the document, there will be a pre-order period between September 1-10. And if you were able to pre-order, then you are qualified to go through the sequential pre-activation period happening from September 11 to 14. If you live in South Korea, then you will also be able to experience hands-on events from August 25 to 31 at the Samsung Digital Plaza and other mobile network provider stores. There will also be a by-invite only event on September 11 where the first Galaxy Note 8 will be activated together with the big 3 carriers in the country.

While most of the events are of course in South Korea, the announcement itself will be held in New York on August 23. This may also mean there will be some events at the same time they’re happening in Samsung’s native land, since the release date will be the same for both countries anyway. But for now, the leaked document only shows the roadmap for South Korea. 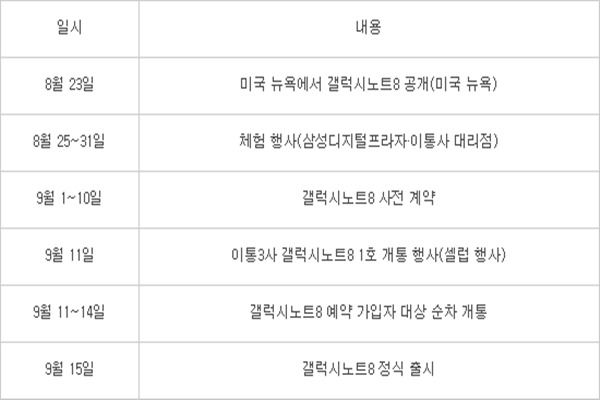 More than the Galaxy S8, all eyes will be on this Galaxy Note 8, since we all know what happened to the previous phablet they launched. We’ll wait a few more days and probably expect even more leaks as August 23 approaches.