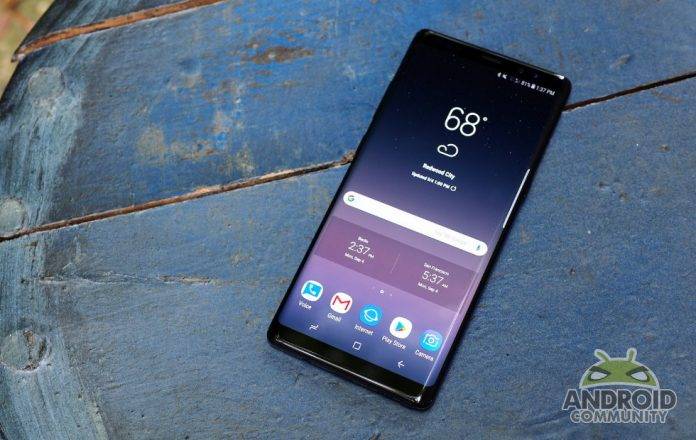 Samsung has been equal parts praised and equal parts blamed for many things in the smartphone world, and one of its biggest, but perhaps less advertised, influences just broke cover last month. The late Steve Jobs would probably retch to see the phone he ridiculed with much vitriol would practically redefine the way we look at smartphones, or at least their sizes. But the Galaxy Note line that has made “big” normal has been under a lot fire recently, not only figuratively, and there have been calls for its retirement. But Samsung and the Galaxy Note’s fans have stubbornly refused to call it quits, and now we take a deeper look into whether the Galaxy Note 8 has truly redeemed the name or sealed the brand’s fate.

There was a time when the Galaxy S line premiered Samsung’s most refined designs and features while the Galaxy Note was its playground, both for appearances and technologies. Those days are gone and, at least visually speaking, the Galaxy Note 8 is unmistakably one of the boys. The only way you’ll distinguish it from a Galaxy S8+ is if you put the two side by side. But even then, those unfamiliar with the Note line might simply presume it was a larger Galaxy S8+.

The design similarities has both benefits and drawbacks. On the one hand, you get all the goodness of the near bezel-less Infinity Display and the elegance of the design that comes with it. The phone’s elongated form almost makes it easier to hold in one hand, despite the screen size, although reaching for the top with your thumb is even harder than it is on the Galaxy S8 and S8+.

On the flip side, it does mean you get less space to use the S Pen on as far as the width is concerned. Previous generations of the Galaxy Note family were wider than their Galaxy S cousins, resembling more notepads than vertical checkbooks. Samsung tries to compensate by having the Galaxy Note 8’s screen curve less, which has the happy side effect of being less prone to accidentally activating the edges with the palm of your hand.

The Galaxy Note 8’s similarities with the Galaxy S8 duo doesn’t end in the design. You have, for example, the same IP68 rating. And, unfortunately, it also has the same inconvenient placement of the fingerprint sensor, which Samsung attempt to rectify by putting the LED flash and sensors in between the camera lens and the fingerprint scanner. We find that it doesn’t really make much of a difference in practice, and we end up relying on the relatively less secure iris scanner, which is also relatively less dependable. 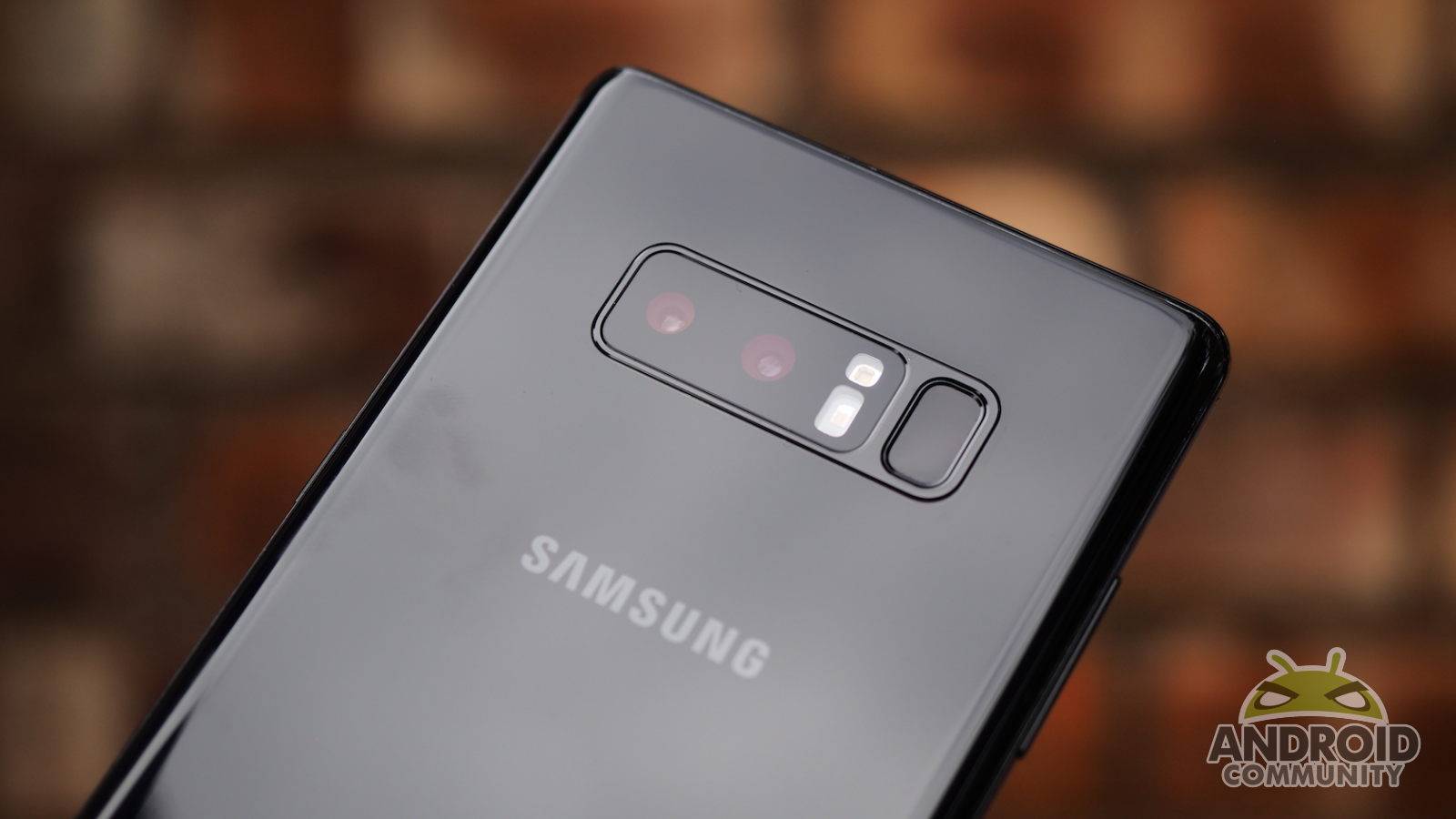 It might be too easy to pass off the Galaxy Note 8 as a “Galaxy S8+ with S Pen” because of certain similarities, like the Qualcomm Snapdragon 835 and 2960×1440 screen. There are, however, still key differences there. For example, the Galaxy Note 8 has 6 GB of RAM, the first of its kind in Samsung’s stable.

The display is also both subtly but significantly different. In a better way. Although it has a lower pixel density by virtue of its larger 6.3-inch space, it more than makes up for it in other aspects, especially in brightness. DisplayMate has already rated the Galaxy Note 8’s screen to be the brightest it has tested, a quality that plays a crucial role in delivering Mobile HDR Premium capabilities to the device. Indeed, this phablet is one of only six so far to be compatible with Netflix HDR playback. You won’t, however, always be playing HDR videos all the time but in real-world usage, the Galaxy Note 8’s vibrant and crisp screen is more than enough. 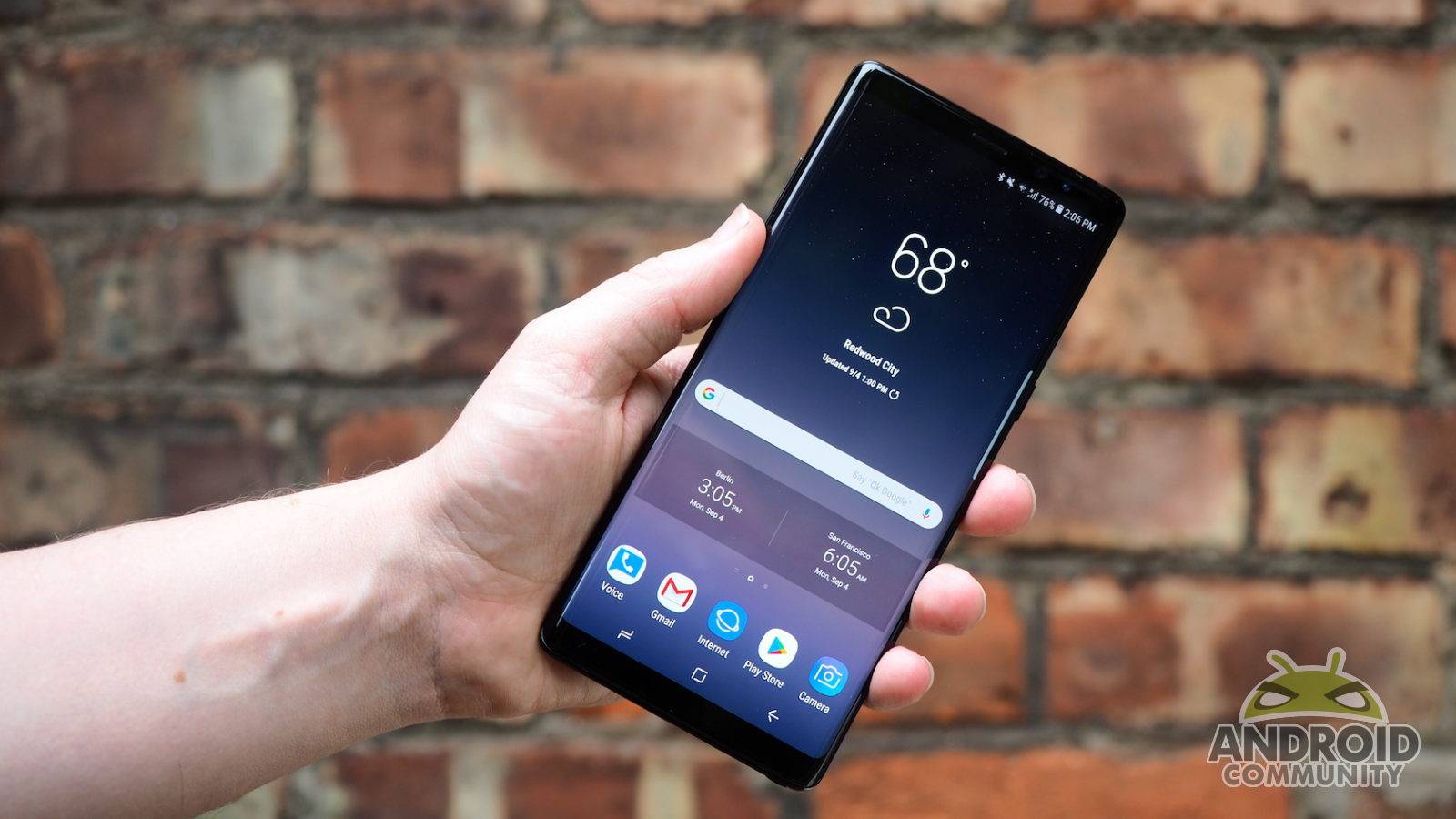 You’d think that all those features would come at a price as far as battery life is concerned. Especially considering this is a Samsung phone and the Galaxy Note 8 bears a disappointing 3,300 mAh battery, smaller than both the ill-fated Galaxy Note 7 as well as the Galaxy S8+. Samsung mobile head DJ Koh sidesteps the criticism by saying how advancements in hardware and optimizations in software has made it less necessary to pack in a larger battery. And, surprisingly, there seems to be some truth to that claim. Pulling IFA 2017 duties, the Galaxy Note 8 lasted a good 16 hours on mixed usage, with plenty of hours to spare before giving up the ghost. And that’s without using any power saving mode, which could have stretched that deadline to half a day at most.

Suffice it to say, you won’t be left wanting with the Galaxy Note 8 in terms of performance. You are getting your money’s worth, which is good since it costs almost as much as an arm or two.

There are two things that sets the Galaxy Note 8 apart from the Galaxy S8 siblings as well as from the rest of the smartphone pack. The first is, of course, the S Pen. Once derided just like the Galaxy Note it comes with, the S Pen has become an iconic symbol that some are trying to imitate. Rumor has it, even Apple is mulling over Apple Pencil support for future iPhones.

But just like the rest of the Galaxy Note 8, this generation’s S Pen exists in a kind of dichotomy. It is, by all means, better than any S Pen on a Galaxy Note phone we’ve ever seen, even compared to the Galaxy Note 7. At the same time, its improvements aren’t exactly radical, more evolutionary rather than revolutionary. It’s like the S Pen has matured well enough that there might be no need, or room, for head turning features. 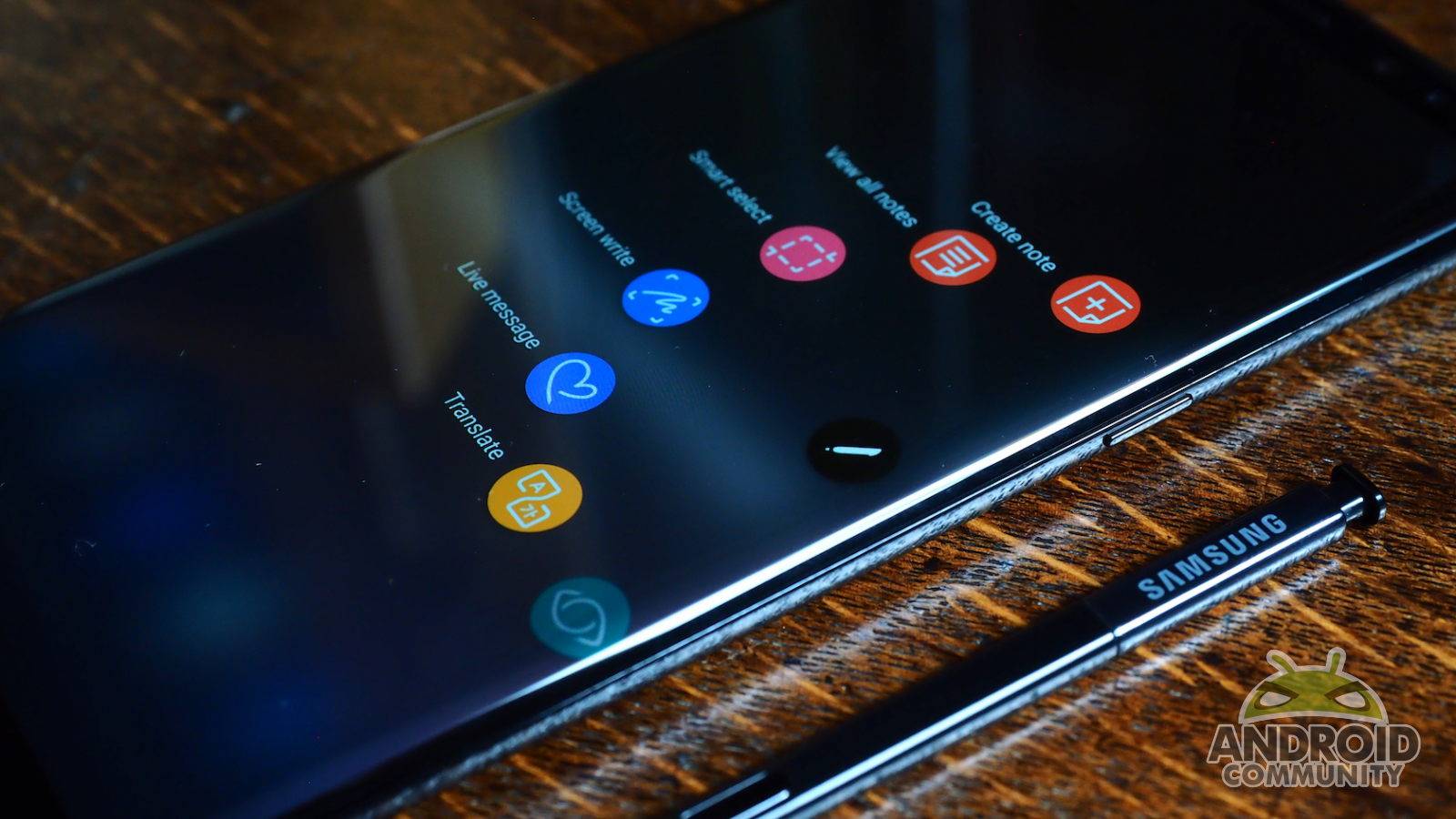 That’s not to say you won’t be impressed by the S Pen and its associated features. We definitely were, and in ways we didn’t really expect. The S Pen boasts 4,096 levels of pressure, perhaps more than you’ll ever need or notice, and is IP68 waterproof just like the phone. Most of its software features have been carried over from the Galaxy Note 7 but were also improved en route. Translate, for example, now works on entire sentences rather than a word at a time, resulting in more natural sounding translations. The Screen Off Memo, which Samsung reports is one of the favorite use cases for the S Pen, has been given even more superpowers, allowing you to write up to 100 pages of notes without unlocking the phone even once.

One of the new features definitely caught us off-guard. Live Message is, to be frank, not exactly a new concept, but its form and execution on the Galaxy Note 8 made it a surprisingly pleasurable experience. You simply sketch or write in sparkly glowing colors and all your strokes and movement are recorded and saved in a GIF format to send or share with others. It’s one of those features that is outright gimmicky but is also guaranteed to endear itself to users.

The second key feature of the Galaxy Note 8 is, without a doubt, its camera. Or cameras, rather. Samsung has finally jumped on board the dual camera train and, being a late passenger, it has the advantage of hindsight to do what few of its rivals have done. At first brush, the dual 12 megapixel sensors might not seem that much. The telephoto camera, for example, only has an f/2.4 aperture and doesn’t have the Dual Pixel Autofocus that the f/1.7 wide-angle camera has. Their greatest strength, however, is when they work together. 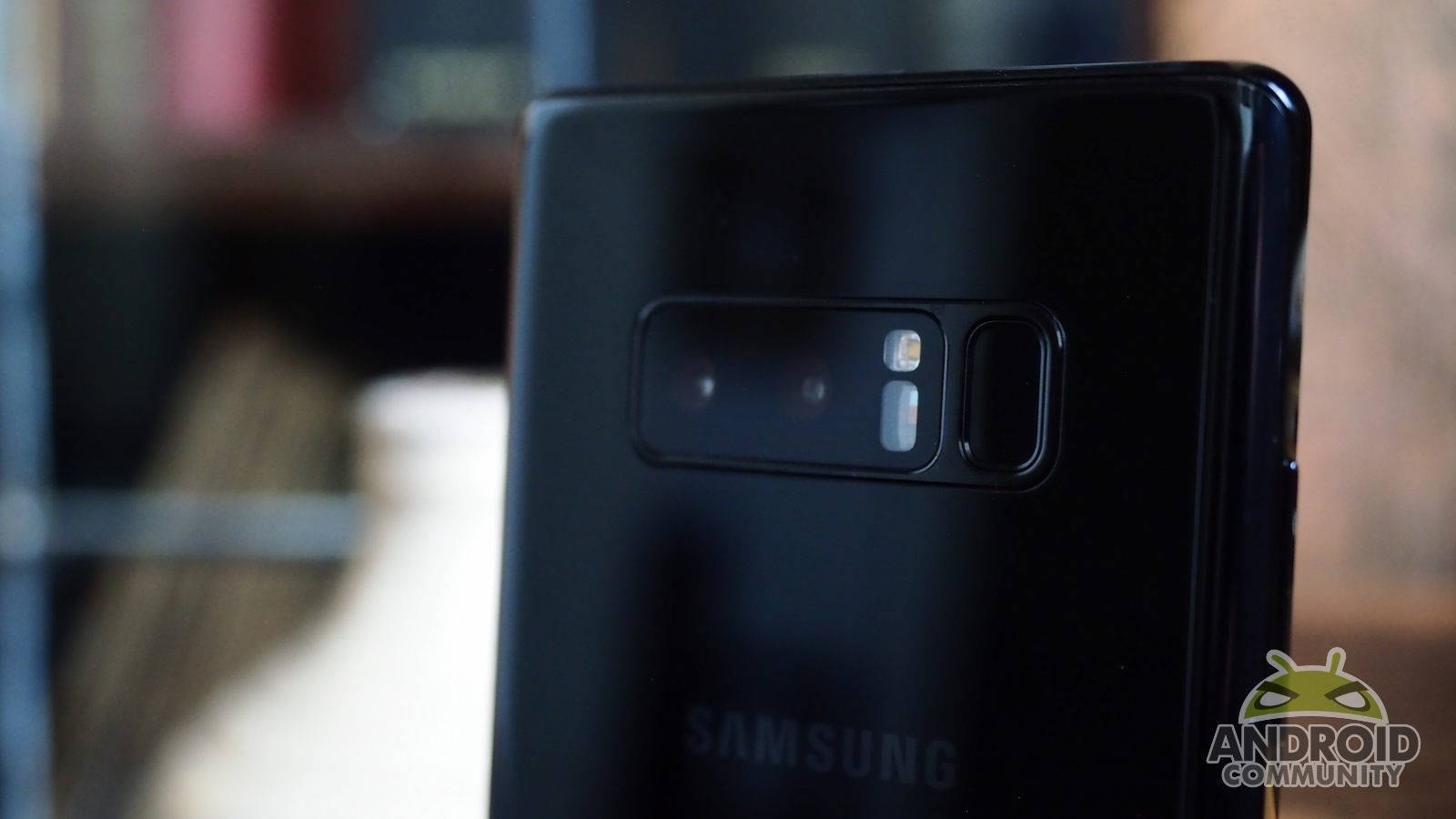 Naturally, the two cameras are able to produce the bokeh effect that has become all the rage these days. But thanks to both hardware and software, the Galaxy Note 8 can do so much more. It can change the focus and blur during and even after the shot. It can even be used to change the angle slightly. And best of all, both cameras capture a photo at the same time, in both wide-angle and telephoto shots, so you can switch between the two and choose which one to post on social media.

The Galaxy Note 8’s cameras also boast of something no other dual camera smartphone has. Both, not just one, has that sought-after optical image stabilization. Not bad for a first try.

For videos, the Galaxy Note 8 is technically capable of 4K UHD resolutions, in addition to QHD, FHD 60p, and regular FHD. Here, however, the camera exhibits the same limitations as many other smartphone cameras. If you want to record video that includes AF tracking, HDR, and video effects, you’re stuck with Full HD at the highest.

There is definitely a lot going for the Galaxy Note 8 but also a lot of things going against it, making it a harder decision to make for most consumers. The price tag alone, which starts at $930 for unlocked 64 GB models, is sure to scare all but the most faithful Galaxy Note fan. For them, the Galaxy Note 8 is a no brainer.

That said, there might be some who will still break rank. Those who are only after the S Pen might find the Galaxy Note FE “Fan Edition”, a.k.a. the refurbished Galaxy Note 7, to be satisfactory. That is, if they can get their hands on one. Presuming it also gets some of the S Pen features from the Galaxy Note 8.

For those only after dual cameras, the choices are even broader. As impressive as the Galaxy Note 8 cameras may be, they are still a first generation feature. The recently announced LG V30 definitely gives Samsung a run for its money and those who swear no loyalties to mobile platforms could look forward to the iPhone 8, or iPhone X, next week.

But for those who are in the market for a day-long productivity partner, who yearns for both the power of the pen and the blur of backgrounds, then the Galaxy Note 8 fits the bill perfectly. Sure, it’s going to cost you a pretty penny, but it will be money worth spent. 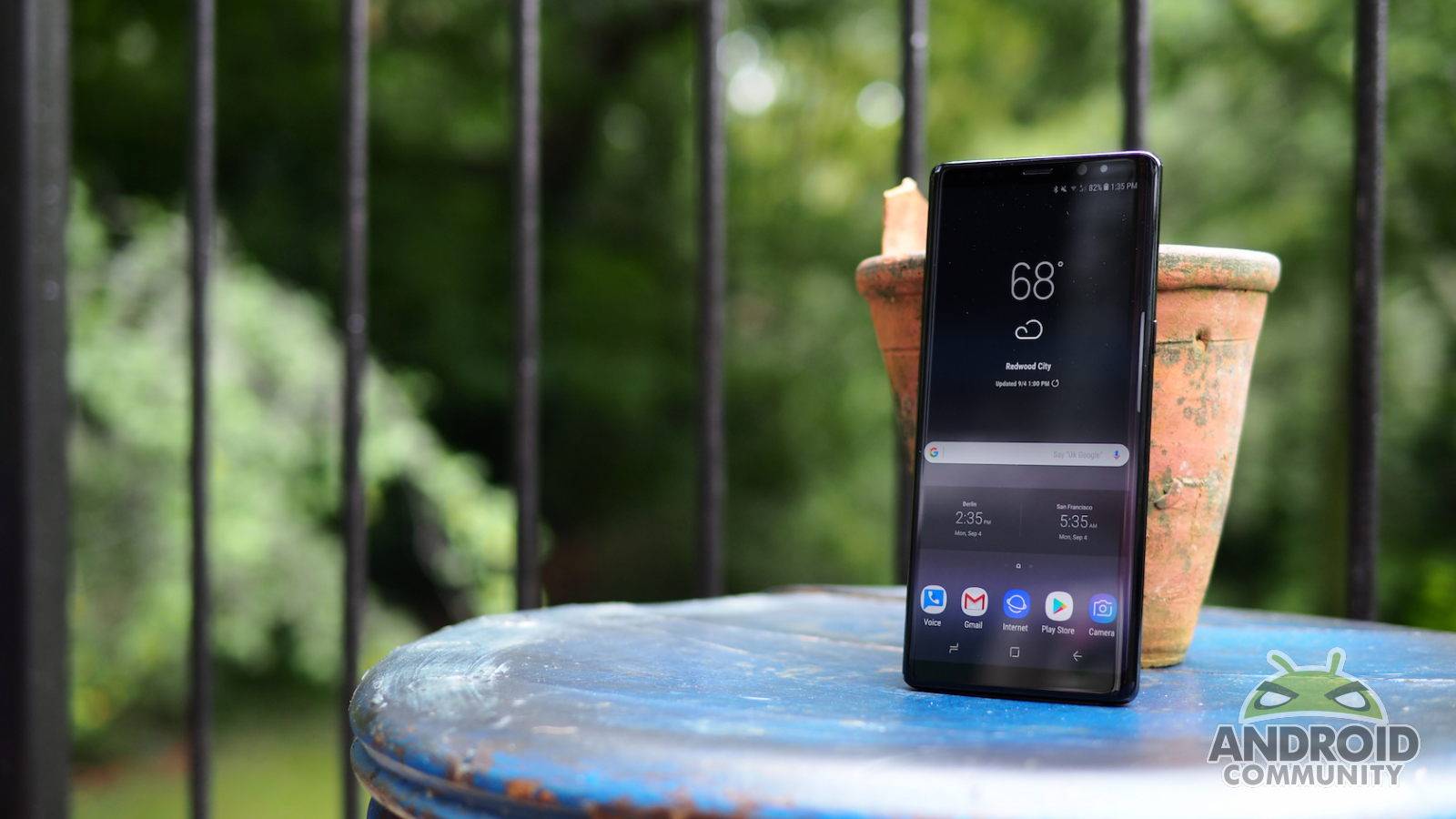