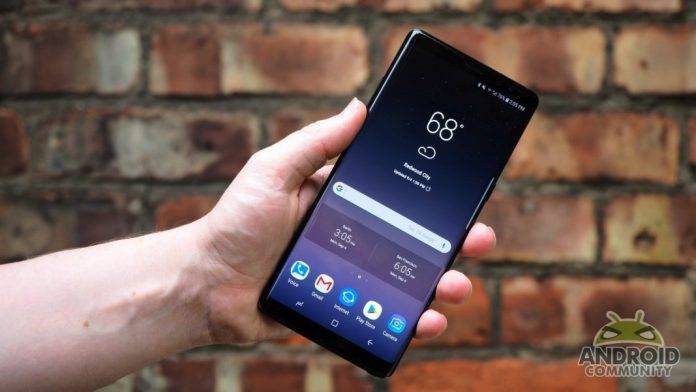 Unlike last year when the Galaxy Note 7 was released, Samsung has been receiving a lot of praise for the Note 8. The device was released a few months ago as another premium phone from the South Korean tech giant. Owners of the phablet have only been waiting for a software update and after some anticipation, it’s here complete with a number of improvements and the latest November security patch.

Samsung has finally rolled out a software update first in China and then the United States. T-Mobile Note 8 subscribers actually got it last week. The Taiwanese Note 8 owners are the next lucky recipients.

This particular update delivers security upgrades, as well as, enhancements to a number of features and apps like the Calendar, Gallery, and Reminders. Those who’ve experienced some errors in Samsung DeX will be happy to know they are fixed already. There’s also a new secure WiFi function.

If you want to get this update, make sure you have at least 840MB of free storage space before you can download and proceed with installation. Specifically, your Android phone will be upgraded to N950FXXU1BQK6 firmware. Expect to receive an OTA anytime soon. Of course, you can always check on your phone manually by going to your Settings> Software update> Download updates.